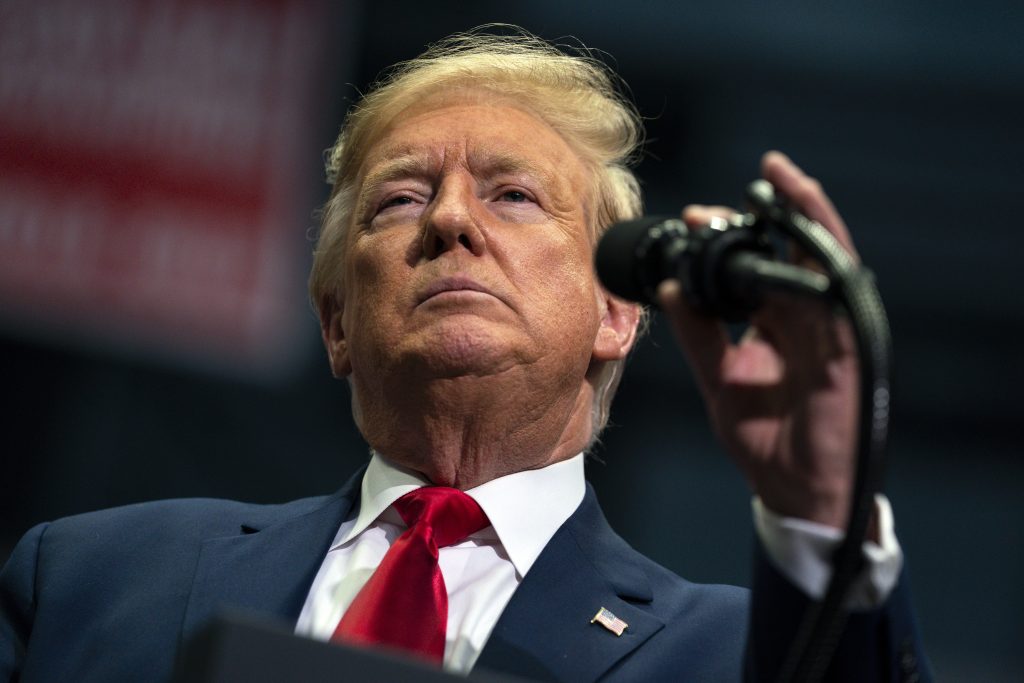 President Donald Trump is getting the band back together again.

The president in recent days has signed off on hiring a number of his 2016 veterans for his 2020 campaign, a reenlistment of loyalists that follows the return of other members of his original team to the West Wing. A creature of habit who demands loyalty and trusts few, Trump is trying to recreate the magic of his original team five months before he faces voters again.

But 2020 is not 2016. Trump’s advisers are increasingly worried about the state of the campaign as the president faces multiple crises, from the health and economic fallout of the coronavirus pandemic to the mass protests that have swept across the nation.

“It’s fantastic to have the 2016 group back together, but the facts are the facts. He barely won and he has done nothing at all to grow out his support,” said Sam Nunberg, who advised Trump early in his first campaign.

“He can’t win on nostalgia. It’s not the same race. This is not going to be about slogans or themes, it’s going to be about what you did for me and why I should reelect you based on your record,” said Nunberg, an informal adviser who will not be rejoining the campaign. “He can’t just fight the last war. It’s time to adapt or die.”

The reinforcements are arriving as Trump comes to terms with the idea that he cannot run the type of campaign he had planned for years — one that looked feasible as recently as January, according to three campaign and White House officials who spoke on condition of anonymity because they were not authorized to publicly discuss private conversations.

Trump had expected to run on the back of a strong economy before the pandemic crippled it. He had hoped to revive a number of culture war and “deep state” accusations while facing a Democrat from the liberal wing of the party whom he could try to paint as socialist. He wasn’t expecting the more moderate Joe Biden.

Though outwardly confident, Trump has privately told advisers he cannot believe polls that show him trailing, and he has angrily snapped at campaign manager Brad Parscale over the state of the race, according to the officials.

The campaign, which has far greater infrastructure and staffing than the slipshod operation of four years ago, played down the idea that the return of the 2016 veterans was influenced by the state of the race or reflected a lack of confidence in Parscale.

“For over three years now, Brad has been building the biggest and best political campaign in history,” said Tim Murtagh, the campaign’s communications director. “Our latest staff additions are making Team Trump even stronger and solidify Brad’s leadership.”

In the past week, the Trump campaign hired Jason Miller, communications director in 2016, to focus on strategy and coordinate between the campaign and the White House. Miller has co-hosted a pro-Trump podcast with the president’s former campaign chief executive, Steve Bannon.

Boris Epshteyn, who after 2016 became a commentator for the conservative Sinclair Broadcast network, came back to be a strategic adviser for coalitions. Bill Stepien, a top adviser in 2016, was recently promoted to deputy campaign manager. Justin Clark, another longtime aide, has led the Trump campaign’s legal efforts.

“Every president who has successfully run a first go-around looks to add on people who were in that effort to the reelect,” said Miller. “But this is the Starship Enterprise as opposed to a rusted fishing boat we used in the first campaign.”

Familiar faces have also returned to the White House.

Hope Hicks was Trump’s original campaign spokeswoman before becoming one of his most trusted West Wing aides. She left the White House in 2018 only to return two years later and was one of the driving forces behind the president’s controversial photo op with a Bible after he walked through Lafayette Square last week to a nearby church once the area was cleared of protesters.

Johnny McEntee, who served as Trump’s personal aide before being fired by then-chief of staff John Kelly in 2018, returned in January and has been focusing on staffing the administration with loyalists.

While Corey Lewandowski, Trump’s first campaign manager, and David Bossie, a trusted aide, have both remained officially outside the campaign, they have attended several recent strategy sessions and have been spotted on Air Force One and at the president’s golf clubs.

But a few members of the old gang have not yet returned. That includes Bannon, who remains supportive of Trump after a messy exit from the White House, and Keith Schiller, Trump’s longtime security man. Also not involved are those 2016 veterans who have run into legal trouble, including Paul Manafort, Rick Gates, Roger Stone and Michael Flynn.

“He will always default to a group of people he trusts and who will advocate for him [forever],” said Timothy O’Brien, a Trump biographer who later worked for Michael Bloomberg’s 2020 Democratic presidential campaign. “But there’s a difference between trusting people and being a good judge of ability.”

“He tends to hire people who agree with him,” O’Brien said. “He lives in a bubble.”