National Christopher Columbus Statue Beheaded in Boston, One Is Vandalized in Richmond
National 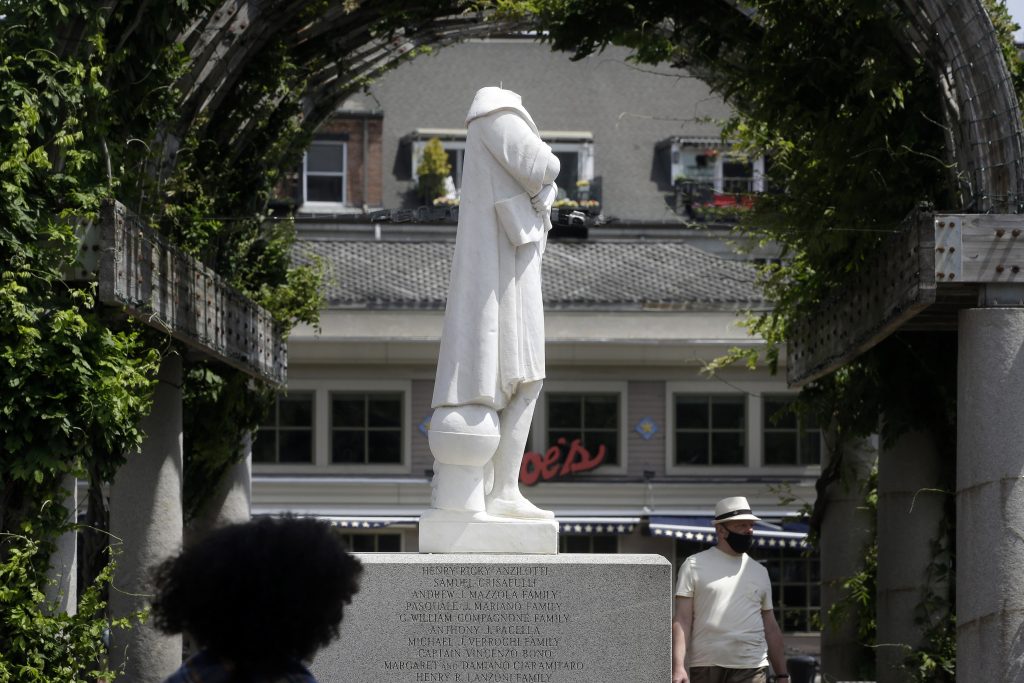 Statues honoring Christopher Columbus were destroyed and disfigured in Boston and Richmond, Va., overnight Wednesday — the latest in a wave of attacks on historic monuments by George Floyd protesters.

Most of the vandalism has been aimed at Confederate memorials in cities across the South, including Richmond, Birmingham, Ala., Charleston, S.C., and Raleigh, N.C. But Columbus, once celebrated for “discovering” the New World, is reviled for brutalizing the indigenous people he found there.

A member of the media went to check on the statue and noticed that it had been beheaded, he said. Fragments of the structure were nearby.

Area detectives and the civil rights unit of the department are investigating the destruction. Boyle encouraged members of the public to come forward with any information and noted that they can remain anonymous.

In Virginia, a few dozen people gathered in Richmond’s Byrd Park to see a bronze statue of Christopher Columbus submerged facedown on the edge of Fountain Lake.

Johnson was with at least 100 people at the statue of Confederate Gen. Robert E. Lee — which Virginia Gov. Ralph Northam, a Democrat, has said he plans to put in storage — when word spread that the Columbus statue had been torn down. A “massive cheer” went up, he said, and he drove over to Byrd Park to see it for himself.

According to the Richmond Times-Dispatch, the idea for the statue came from the city’s Italian American community in the early 1920s. It was dedicated in December 1927, the newspaper reported.

Columbus statues and the holiday have become increasingly controversial in recent years. Many cities have junked Columbus Day in favor of Indigenous Peoples’ Day.