Technology The Washington Monument Is Struck by Lightning Up to Two Times Every Year on Average
Health, Science & Technology 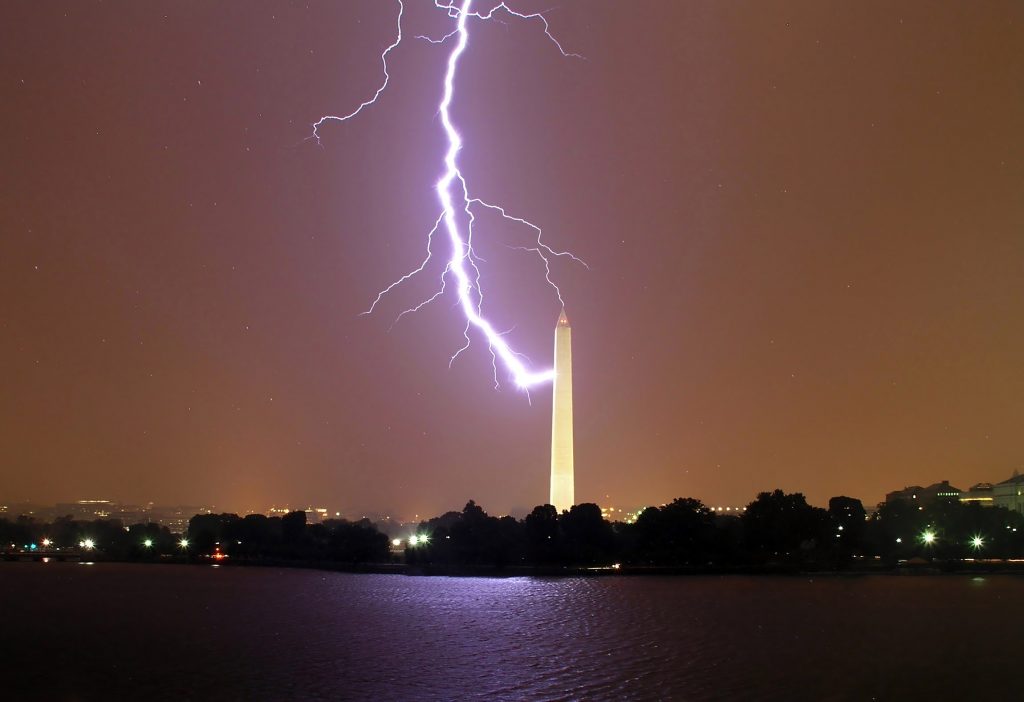 The Washington Monument is struck by lightning in many years, and sometimes multiple times, but to witness and photograph a direct strike is rare. I can speak from experience on the photography part.

Considering the monument was struck last week, generating a lot of attention, I decided to estimate how frequently this happens based on my history of observing and photographing these storms. I came up with a number between one and four times per year, which turns out to be not far off the estimate of a more scientific analysis of strikes at the monument that was just released.

Over the past 18 years, I’ve photographed about 30 thunderstorms that have tracked over Washington and, of all those storms, lightning from only two struck the Washington Monument. I was able to capture one of them in 2005.

In short, I have found that one out of every 15 storms passing through Washington produces lightning that strikes the monument.

Thunder counts are recorded in weather reports at Reagan National Airport, Washington’s official weather station. On average, it experiences 34 days with thunder a year, although that number has trended upward over the past few decades. In 2019, there were 63 days with thunder recorded. Most years see between 20 to 40 days.

Given my sample of thunderstorms that show one out of every 15 storms produces a lightning strike to the Washington Monument, there should be, in a quiet year, about one to two thunderstorms per year that yield a direct strike and closer to three or four in more active years.

My estimate is not far off an analysis performed by Chris Vagasky, a meteorologist at Vaisala, a Finland-based company that operates the National Lightning Detection Network in the contiguous United States.

Vagasky, in a blog post published Tuesday, wrote that he analyzed cloud-to-ground flashes near the monument over the past decade. He concluded the monument is struck “twice per year on the high end and once every five years on the low end.”

As it is routinely struck, the Washington Monument has a modern lightning protection system, which was installed after the 2011 earthquake, when the monument was renovated. When a direct strike happens, the lightning protection system channels the current to the ground to prevent damage to the structure. That’s what we saw Thursday night when lightning struck the monument multiple times.

Jason Samenow contributed to this report.