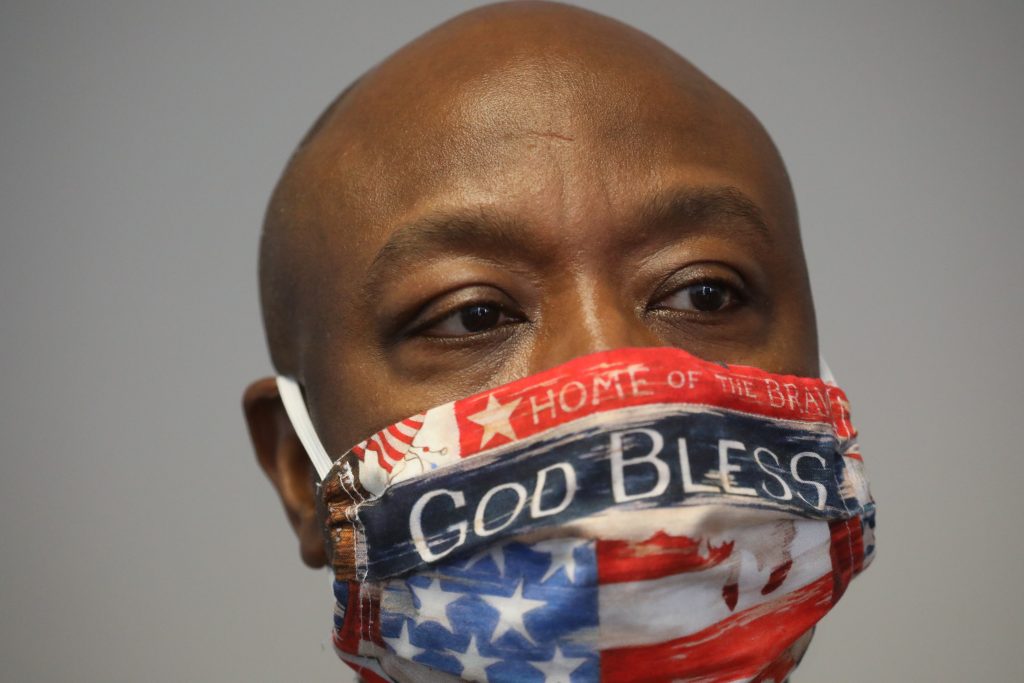 Senate Republicans are studying proposals to improve police practices in response to massive protests over the killing of George Floyd in Minneapolis, including racial bias training, increased use of body cameras and finally enacting the first federal anti-lynching law.

The task force that will write the GOP proposal will be led by South Carolina Sen. Tim Scott, the only black member of the Senate’s majority party.

“Absolutely, I think it’s important to have a response,” Majority Leader Mitch McConnell, R-Ky., told reporters at the Capitol on Tuesday. Except for Scott, “none of us have the experience of being an African-American in this country and dealing with discrimination,” McConnell said.

He and other Republicans spoke a day after Senate and House Democrats unveiled a broad proposal Monday that could make it easier to prosecute and sue officers. It also would ban federal officers from using chokeholds, create a national registry for police violations, and require local police departments that get federal funds to conduct bias training and use de-escalation tactics.

Massive demonstrations — which spread across the U.S. and abroad since the unarmed Floyd’s March 25 death at the hands of Minneapolis police — are putting pressure on Congress and local governments to rein in police brutality, especially against African Americans. A memorial service was being held for Floyd in Houston on Tuesday.

Yet with party leaders in both chambers moving ahead with different plans, and election-year politics coming into play, some warn that no accord may be reached.

“I think there’s going to be a Republican proposal and a Democratic proposal,” Sen. Rand Paul, R-Ky., said, adding that that usually means “an impasse or nothing.”

Scott said another provision under consideration would require all law enforcement agencies to report uses of force that lead to death and serious bodily injury. He said Republicans want the number of police departments using body cameras to “grow significantly” and set penalties for not using them.

He said the GOP wouldn’t seek to ban chokeholds but instead may provide resources for training.

Another GOP task force member, John Cornyn of Texas, questioned whether Democrats are serious about reaching an agreement, contending their proposal is “more a political statement and grandstanding than it is a serious effort to solve the problem.” Still, Cornyn said he supports a ban on chokeholds.

Second-ranking Senate Republican John Thune said Republicans want to take advantage of ways to influence what state and local governments do, including by using reporting requirements and conditions on receiving federal funds.

“I’m hoping we can find some things that we can do that suggest we hear what people are saying,” said Thune of South Dakota. “We want to do better at this, realizing that a lot of this is state and local jurisdiction.”

Cornyn questioned Democrats’ proposal to lower the legal threshold for charging officers with misconduct, saying that could create unintended consequences.

House Republicans may unveil their own proposal by Friday in an effort led by Jim Jordan, the top GOP member of the Judiciary Committee.

Majority Leader Steny Hoyer, D-Md., said Democrats are open to looking at Jordan’s ideas and voting on them in committee next week as part of the consideration of the Justice in Policing Act.

Thune also said he has seen no evidence to support President Donald Trump’s accusation on Twitter that a 75-year-old protester who was shoved to the ground and seriously injured by police in Buffalo, N.Y., could be a “provocateur” for Antifa who exaggerated his fall. Antifa is a loose alliance of militant left-wing activists.

“It’s a serious accusation that should only be made with facts and evidence. And I haven’t seen any yet,” Thune said.

Asked if the president should stop making such claims, Thune said, “I think that’s a given. Most of us up here would rather not be political commentators on the president’s tweets because that’s a daily exercise. Saw the tweet, saw the video. Serious accusation.”

Utah Sen. Mitt Romney, the only Republican who voted to convict Trump during his impeachment trial, said, “It was a shocking thing to say and I won’t dignify it with any further comment.”