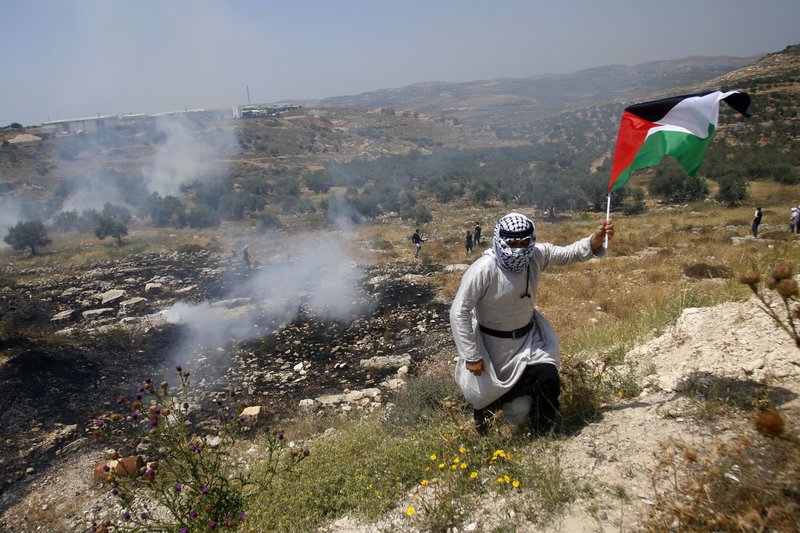 The Palestinians said Tuesday they proposed a demilitarized Palestinian state in Yehuda and Shomron and east Yerushalayim with one-to-one land exchanges with Israel as a counteroffer to President Donald Trump’s Mideast plan.

Prime Minister Mohammad Shtayyeh declined to provide further details about the 4 1/2-page proposal but said the Palestinian position on major issues is well-known. He said the plan was submitted in recent days to the Quartet of Mideast mediators — the U.S., the U.N., the European Union and Russia.

The two sides have not held substantive peace negotiations in more than a decade.

Israeli Prime Minister Binyamin Netanyahu has vowed to annex Jewish communities in Yehudah and Shomron and the Jordan Valley in line with the Trump plan, which would give the Palestinians limited statehood in a cluster of disjointed enclaves if they meet a long list of conditions. Israel is expected to begin the annexation process as soon as July 1.

The Palestinians have responded to the threat of annexation by cutting all ties with Israel, including security coordination, and saying they are no longer bound by agreements going back to the early 1990s. They are also seeking to rally international support against annexation, hoping to pressure Netanyahu to back down.

Shtayyeh told reporters that annexation is an “existential threat” that would mark the “total erosion of our national aspirations.”

Shtayyeh said it would be a “demilitarized state” and that the Palestinians would accept “minor border modification” and the exchange of territory equivalent “in size, in volume and in value.”

He said the Palestinian leadership would not give in to Israeli demands that they resume contacts in order to facilitate the monthly transfer of some $150 million in taxes and customs that Israel collects on behalf of the Palestinians, a crucial source of income for the Palestinian Authority.

Shtayyeh said Israel could continue to make the transfers without any direct contacts. He said if the transfers do not go through, the PA will be unable to pay the salaries of tens of thousands of civil servants and security forces starting this month.

“Our people are ready for sacrifices,” Shtayyeh said. “We are not ready to accept any blackmail. The issue here is not money for politics.”

The Israeli prime minister’s office did not immediately respond to a request for comment.