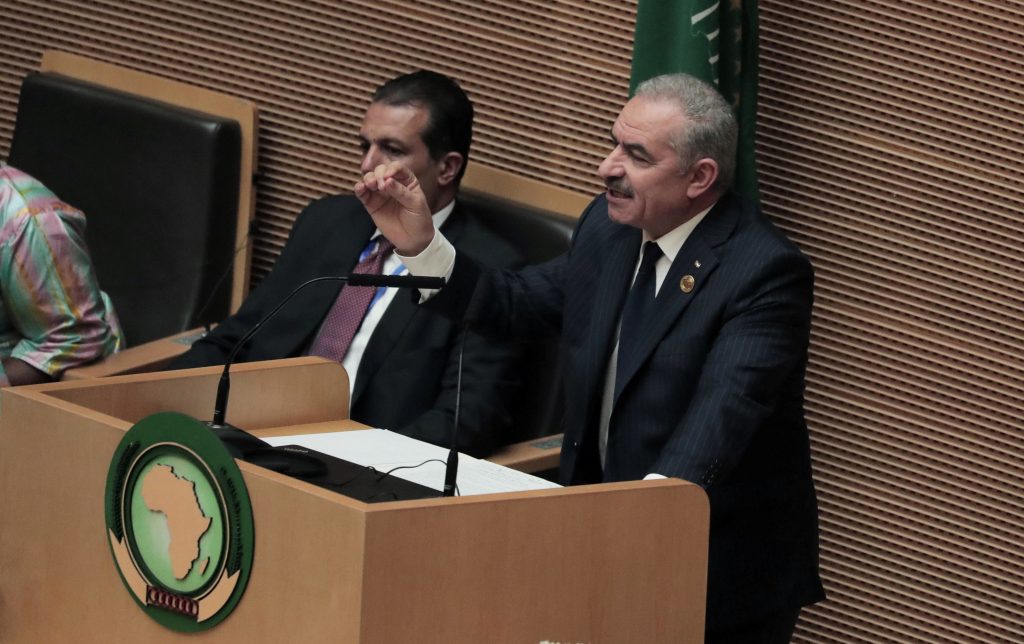 If Israel annexes sections of Yehudah and Shomron, the Palestinians will unilaterally declare a state based on the pre-1967 lines, Palestinian Authority Prime Minister Mohammed Shtayyeh declared on Tuesday before members of the Foreign Press Association in Ramallah.

Calling annexation an “existential threat” to the Palestinian people, Shtayyeh said annexation constitutes a serious violation of agreements with the PA. He notes that security coordination has already been discontinued, and now recognition of Israel may be as well.

The Palestinians suspended security coordination with Israel and the United States last month in protest against the plan to annex parts of Yehudah and Shomron.

Analysts noted that the Palestinians continue to change their mind if they are already a state – and as such can attack Israel in the U.N. and the ICC – or are not yet a state and will only declare statehood once Israel annexes. On the other hand, the Palestinians said last month that if Israel goes ahead with annexation they will cancel all agreements and cooperation, yet they say that annexation goes against the agreements.