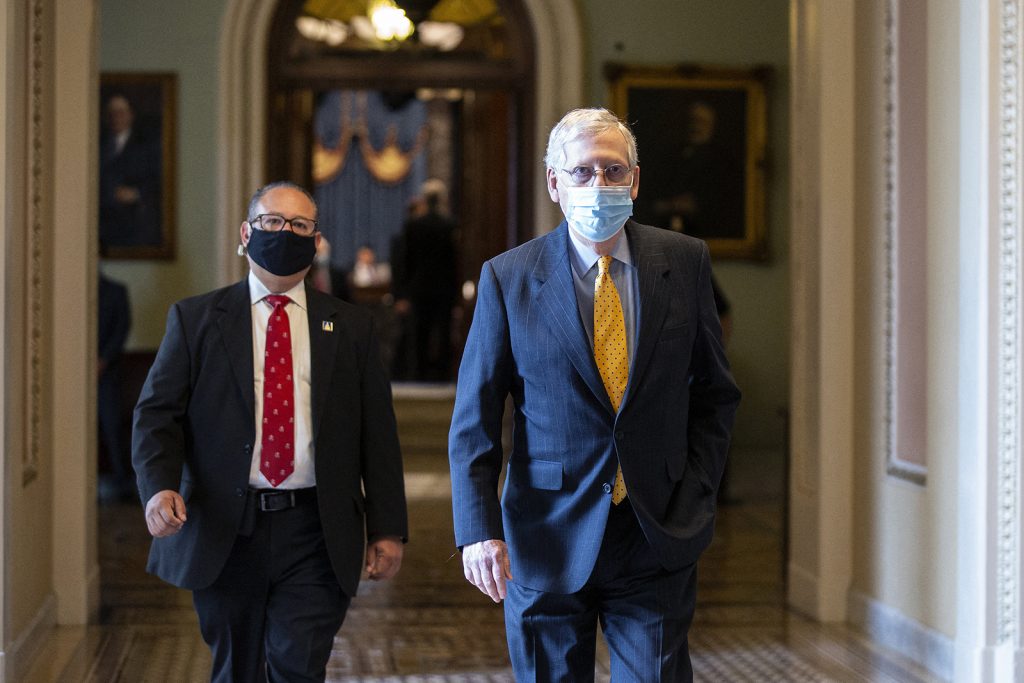 Senate Majority Leader Mitch McConnell on Tuesday went on the attack against Democrats using a familiar and comfortable ground for him, the First Amendment.

“I have no criticism for the millions of Americans who peacefully demonstrated in recent days. Their cause is beyond righteous,” the Kentucky Republican said on the Senate floor. “It is the inconsistency from leaders that has been baffling,” he added, singling out Washington Mayor Muriel Bowser for what he says is selectively allowing racial justice protests but not church services during the COVID-19 pandemic.

McConnell argued that restrictions on religious ceremonies are not consistent with allowing rallies and protests against police brutality in response to the death of George Floyd.

“Here in the District of Columbia, the mayor celebrates massive street protests. She actually joins them herself, but on her command, churches and houses of worship remain shut,” McConnell said. “I believe even the largest church buildings in the District are still subject to the 10-person limit for the things the mayor deems inessential.”

McConnell also cited the stay-at-home orders of New York City Mayor Bill de Blasio and Michigan Gov. Gretchen Whitmer, said that freedom of speech, assembly and religion “have the same constitutional pedigree,” and thus should be treated the same.

“But apparently, while protests are still permissible, prayer is still too dangerous,” McConnell said in his floor speech.

Justin Walker, a U.S. District Judge in Kentucky, and a McConnell protege now awaiting Senate confirmation to the United States Court of Appeals for the District of Columbia Circuit, issued an order allowing the drive-in church services in time for holiday this year.

Back on the floor Tuesday, McConnell leveled his critiques at Democrats that have also raised the ire of President Donald Trump during the recent protests, particularly Bowser, who has criticized the president directly and had city workers paint “Black Lives Matter” on the streets around the White House.

McConnell emphasized that his criticism was not of the peaceful protesters engaging in First Amendment activities, and his floor remarks came ahead of a Senate Republican lunch in which Sen. Tim Scott of South Carolina, the only African-American member of McConnell’s conference, planned to speak about a police overhaul proposal.

“Notwithstanding the far-left calls to disband the police altogether, I believe most Americans are ready to consider how the memories of black Americans like George Floyd and Breonna Taylor can move us to continue combating residual racism,” McConnell said, referring also to the death of Taylor at the hands of Louisville area police.