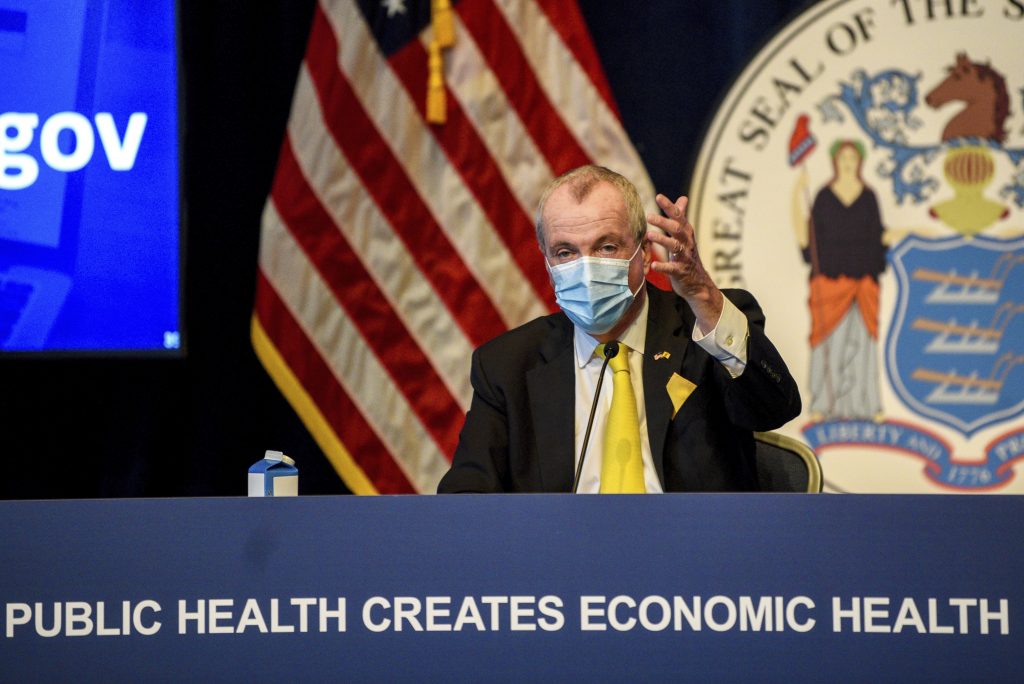 Effective immediately, limited indoor get-togethers and outdoor gatherings of up to 100 people can resume in an easing of rules meant to slow the spread of the cornavirus, Democratic New Jersey Gov. Phil Murphy said Tuesday.

The governor also said that outdoor demonstrations protected by the First Amendment, including religious services and protests stemming from George Floyd’s death, can be held, regardless of the number of attendees.

“We believe such a rule appropriately prioritizes individuals’ rights to speak and worship freely,” he said during a news conference.

He said he planned to increase the limits for other outdoor gatherings to 250 people by June 22 and to 500 people by July 3.

The decision comes a day after Murphy was criticized by political opponents for attending rallies over the weekend, apparently in violation of his own executive order limiting gatherings to 25 people or fewer.

Indoor gatherings must be limited to 25% of capacity or 50 people, Murphy said. The previous limit for outdoor gatherings was 25 people. He said there’s no requirement to re-open.

“No one should re-open unless and until they feel fully confident in their ability to do so,” Murphy said.

Murphy reported there were 375 new cases overnight, bringing the total to 165,000. The death rose by 91 over the same period for a total of 12,303 recorded fatalities from the virus, Murphy said.