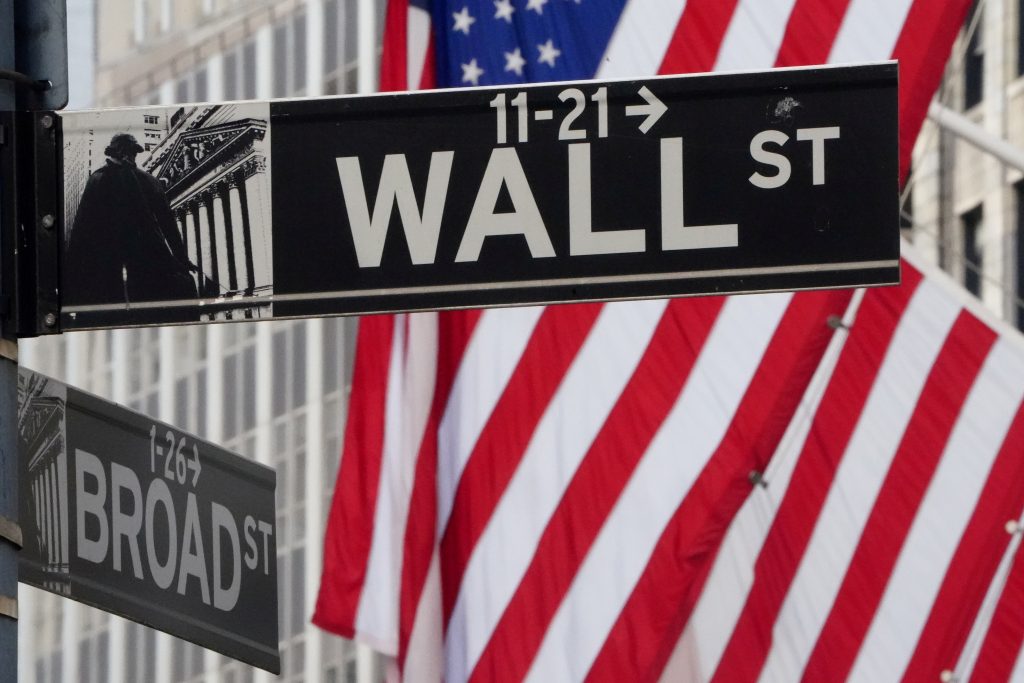 Wall Street’s big rally is spilling into a new week as markets continue to ride the high supplied by Friday’s surprisingly encouraging report on the U.S. jobs market.

The S&P 500 was up 0.5% in the first few minutes of Monday’s trading, bringing it back within 5.2% of its record set in February, as optimism strengthens that the worst of the coronavirus-induced recession may have already passed. It follows up on modest moves made in Europe and Asia, while Treasury yields were holding near their highest levels in months.

Stocks have been rising since late March, at first on relief after the Federal Reserve and Capitol Hill pledged to support the economy and more recently on hopes that the recovery may happen more quickly than forecast.

Such hopes got a huge boost Friday when the U.S. government said that employers added 2.5 million jobs to their payrolls last month. Economists were expecting to see 8 million more lost.

States across the country are slowly relaxing restrictions on businesses meant to slow the spread of the coronavirus outbreak, which is raising expectations that the economy can pull out of its coma. New York City began reopening on Monday, for example, allowing construction and “nonessential” retailers to start operating again with some restrictions.

That puts more pressure on economic reports this week to confirm that Friday’s jobs report was a true inflection point in the long road back to a full recovery and not just an aberration. Among this week’s highlights are reports on inflation and the number of workers applying for jobless benefits.

The headliner, though, is likely the Federal Reserve’s meeting on interest rates in the middle of the week. The Fed has already promised unprecedented amounts of support to keep markets running smoothly, but will the recent upturn in job growth mean it will pull back at all?

Treasury yields have been climbing in recent days, reflecting rising expectations in the market for the economy and inflation. The 10-year Treasury yield dipped to 0.89% from 0.90% late Friday, but it’s up sharply from 0.66% a week earlier.

Too quick a rise in yields could slow spending and the anticipated economic recovery, though. It can also be a heavy weight on the stock market.

Higher yields make bonds more attractive as investments, which would pull some investors’ dollars away from stocks. High-dividend stocks would likely get hurt in particular, because some income investors had turned to them instead of bonds when yields were lower.

Stocks that would benefit most from a growing economy, meanwhile, were leading the market to continue their recent trend.

Energy producers, banks and industrial companies were leading the S&P 500.

Smaller company stocks rose more than the rest of the market, which often happens when expectations for the economy are rising. The Russell 2000 index of small-cap stocks was up 1.7%.

In global markets, Japan’s Nikkei 225 index jumped 1.4% after the government reported the economy contracted at a 2.2% annual rate in the January-March quarter, better than the initially estimated minus 3.4%.

Indexes in other countries were more subdued. The Kospi in South Korea was up 0.1%, while the Hang Seng in Hong Kong was virtually flat.

Oil was down modestly, even after major oil producing nations agreed over the weekend to extend a production cut of nearly 10 million barrels of oil a day through the end of July to counter the blow to demand from the coronavirus pandemic.

Oil had already climbed last week on anticipation of the move, and OPEC officials did not commit to extending the cuts past July or establishing a way to enforce the production limits. And amid reports that output in the U.S., which is not part of the cartel, was rising again, OPEC said the outlook remained uncertain.