Israel Report: US Wants Gantz on Board for Annexation
Israel 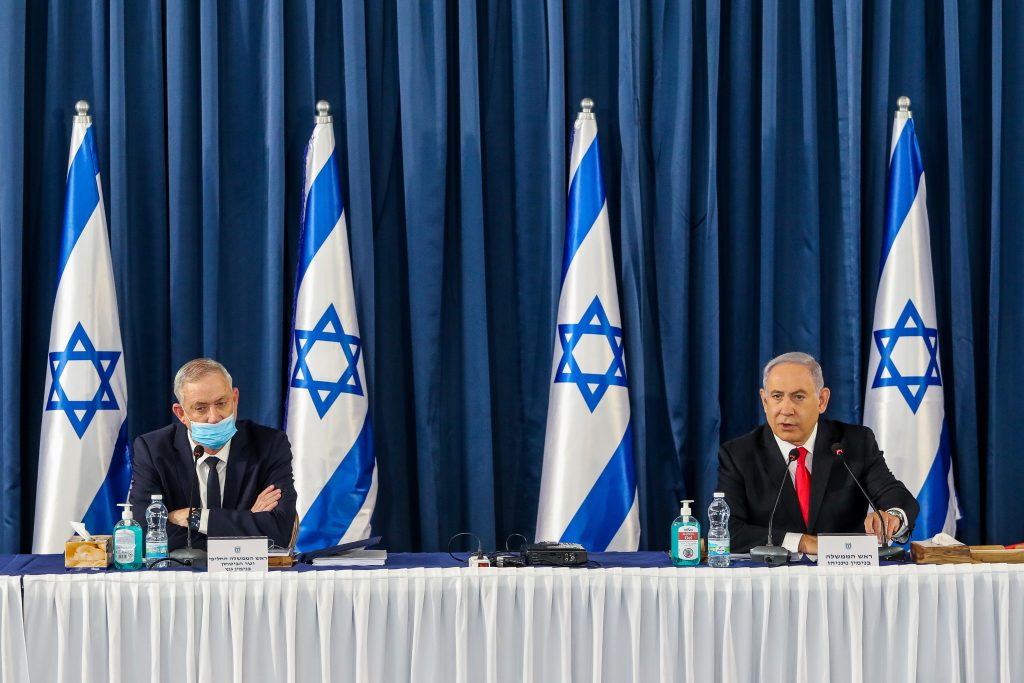 That’s the way it sounded in a report on Channel 12 Monday night, which claimed that the Trump administration would be “disinclined” to support annexation of parts of Yehuda and Shomron without Gantz on board.

The report was based on a meeting held Sunday night with Netanyahu, Gantz, Foreign Minister Gabi Ashkenazi, Knesset speaker Yariv Levi, and the U.S. Ambassador to Israel, David Friedman.

Friedman, apparently, made it known to the principals that the U.S. would require full support of the unity government before committing itself to annexation.

While Gantz and Ashkenazi are both on record enthusiastically backing the Trump peace plan when it was unveiled at the White House in January, Gantz has said repeatedly conditioned his support on coordination with the Palestinians and the Jordanians, both of whom are totally opposed.