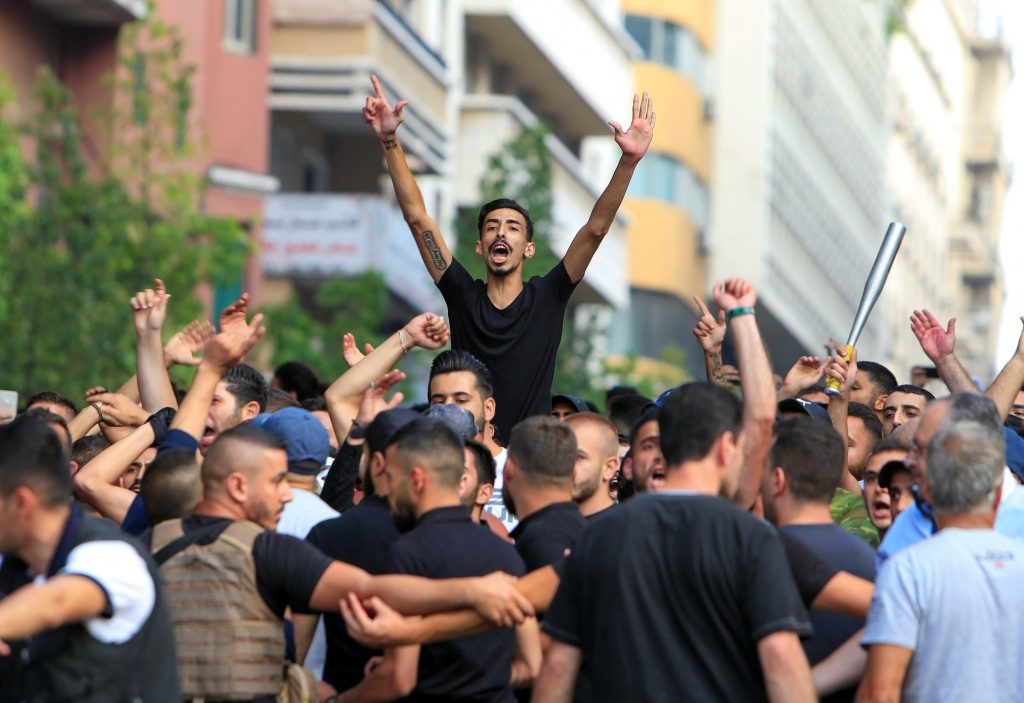 Hezbollah is in the middle of social upheaval in Lebanon as protesters in the midst of the ongoing economic crisis demanded that the terrorist organization give up its weapons.

Anti-Hezbollah protesters held signs reading “No weapons but legal weapons. 1559, make it happen,” according to Al-Arabiya. U.N. Security Council Resolution 1559 called for the disarmament of all militias in Lebanon.

Another protester pointed out that only Hezbollah has weapons “on the ground” and only the Lebanese Army should have weapons.

There were violent confrontations reported between pro- and anti-Hezbollah demonstrators.

The Lebanese military on Sunday said overnight riots and sectarian tensions in central Beirut and other areas left dozens of people injured, including 25 soldiers, and warned that the clashes had endangered national unity.

The Lebanese Red Cross said 48 demonstrators were wounded, 11 of whom were hospitalized.

Saturday’s protests were the largest since the government last month began gradually easing a lockdown aimed at curbing the spread of the coronavirus. Nationwide protests against Lebanon’s political leaders had erupted on Oct. 17 amid an unprecedented economic and financial crisis, but were eventually put on hold due to the pandemic.

Lebanon’s army — one of the few institutions seen as a unifying force in the deeply-divided country — called the clashes “a serious crisis that could have taken us into dangerous turns. What happened undermined national unity, civil peace and would have increased divisions.”

President Michel Aoun in a statement called the unrest an “alarm bell,” warning that insults against religious figures and riots are not a way to improve the country’s quality of life.