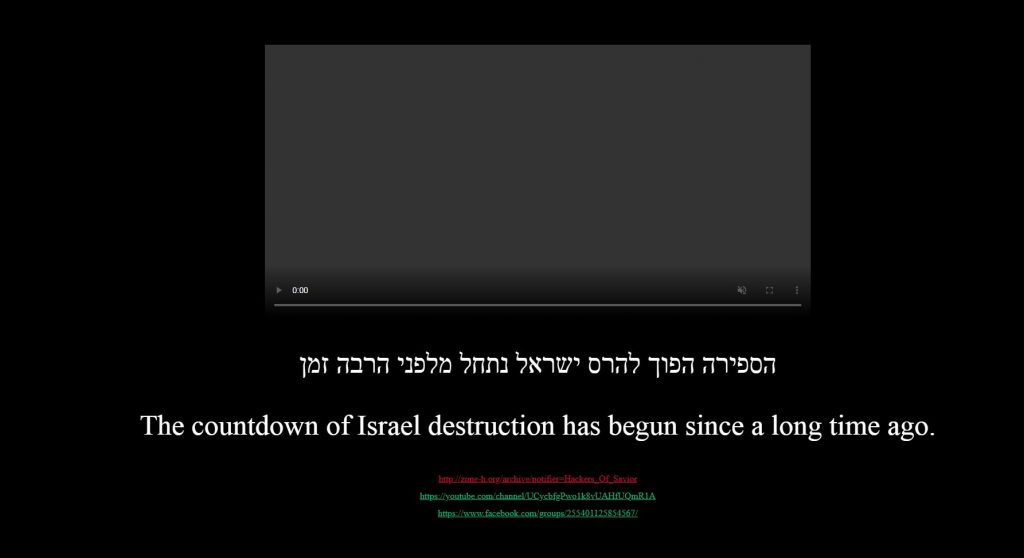 Iranian hackers have attempted numerous cyberattacks on Israeli water facilities – all of which have been thwarted – prior to the one that took place in April, Walla! News reported on Sunday.

After the cyberattack which did succeed on April 23, in which Iran used U.S. servers to hack into the facilities, Israel decided to tighten the cyberdefense system on these infrastructures. The National Cyber Authority decided to open a tracker war room which will be in charge of recognizing the early stages of a cyberattack on Israeli infrastructure.

The Israel National Cyber Directorate warned in May that Iran and several other anti-Israel forces were expected to stage a number of cyberattacks near the end of May. On May 21, hundreds of Israeli websites were hacked and displayed a video of Tel Aviv burning down.

In addition, numerous cyberexperts warn that the attacks at the hands of Iran are just the beginning, and that a flood of them is expected in the future.