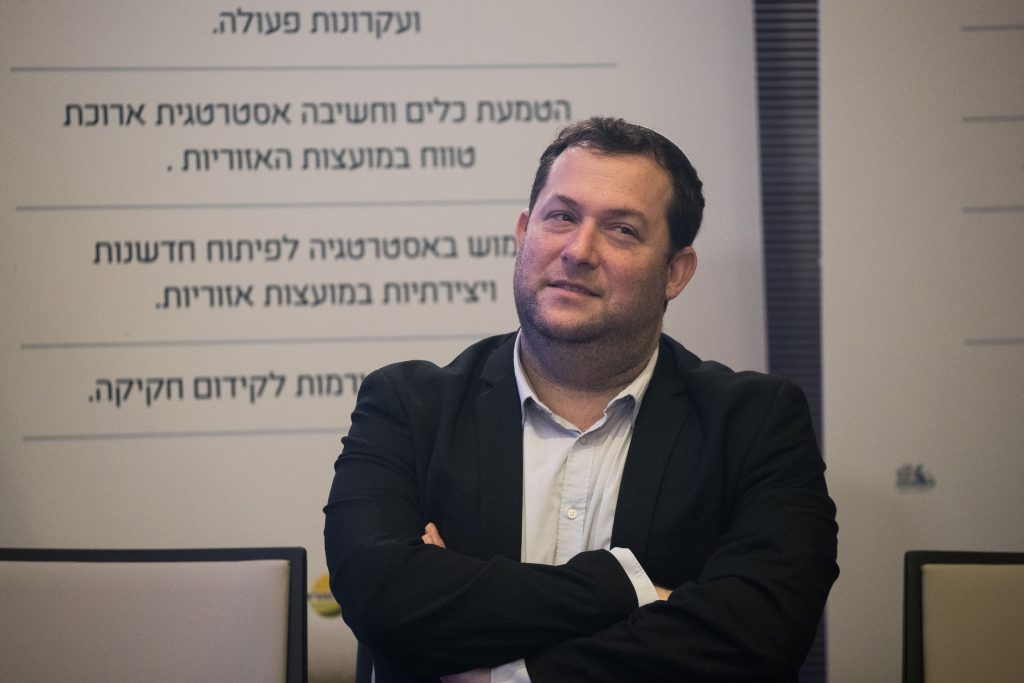 The new Settlements Affairs Minister Tzipi Hotovely responded to critics of the emerging map of Yehudah and Shomron in the U.S. peace plan who contend it would leave 15 Jewish communities open to destruction.

Hotovely, who will be assigned to the Israel-U.S. mapping team, stressed that the mapping process has not been finalized, after a meeting with Shomron Regional Council head Yossi Dagan on Sunday morning, according to The Jerusalem Post.

Dagan has been a leading voice against the plan, which he contends would cede 70 percent of the region to the Palestinians and leave the 15 communities isolated and vulnerable to a terrorist state.

“We are attentive to the [concerns] of the settler leaders. Work on the maps is still underway. Our eyes [thoughts] are only on strengthening the settlements,” Hotovely, a right-wing Likud MK, said.

“This is a historic opportunity that must not be missed,” Hotovely told Dagan, echoing what Israeli Prime Minister Binyamin Netanyahu‏‏ said to a delegation from Yesha last week.

For his part, Dagan told Hotovely, “I am very concerned. We are at a crossroads that could bring excellent historic results of sovereignty or the creation of a terror state in the heart of the country, which may lead to a map of withdrawal and the uprooting of settlements.

“First of all, it has to be clear that the Israeli government is not creating a terror state in the heart of the country,” Dagan said.

“Second,” he added, “all the communities in [Yehudah and Shomron] have to be [contiguous], so that there isn’t a Class A and a Class B, so that there aren’t those [communities] in blocs and those that are isolated. That would be an immediate security threat to thousands of citizens.

“We can’t arrive at a scenario that would prevent the achievement of arriving at one million residents here [in Yehudah and Shomron], and there is no way we will accept a situation of isolated settlements,” Dagan said.

Meanwhile, the National Union faction of the Yamina party, led by Bezalel Smotrich, has launches a campaign denouncing the proposed annexation as a “laundered” cover-up for the establishment of a Palestinian state. In a video posted on Sunday, the party compared the U.S. plan to the Oslo Accords in the 1990s and the disengagement from Gaza in 2005, which it says were harmful to Israeli interests, leading only to violence and not peace.