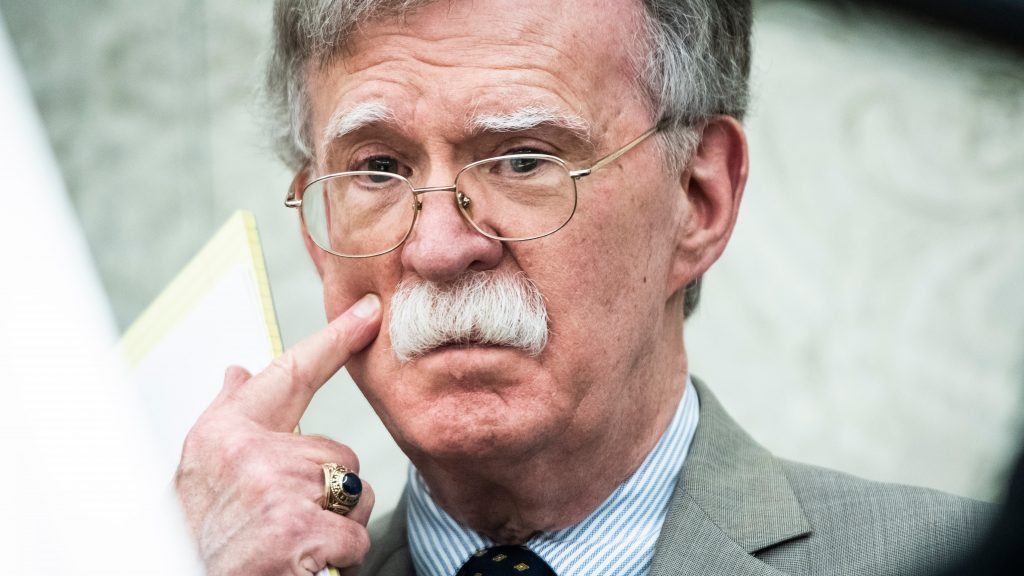 John Bolton is forging ahead with plans to publish a memoir about his time in President Donald Trump’s White House and is in negotiations with network TV channels to promote the book, according to people familiar with the talks.

Bolton, who served as national security adviser from April 2018 to September 2019, plans to publish “The Room Where It Happened: A White House Memoir” on June 23, after embarking on a media tour to promote the book the weekend before, according to people with knowledge of the negotiations who spoke on the condition of anonymity to describe private conversations.

The White House has not formally signed off on the book, and officials in the Trump administration have delayed it for months due to a classification review process led by the National Security Council.

The president has said Bolton should not publish the book until after the election and has called him a “traitor” in private for writing a negative tell-all book, The Washington Post has previously reported.

Bolton is planning to publish even if the White House does not give publication approval, people familiar with his thinking say, and believes he has removed all classified material.

The White House did not respond to a request for comment. A lawyer and spokeswoman for Bolton declined to comment. Charles Cooper, Bolton’s attorney, has previously said the former ambassador to the United Nations “is continuing to pursue the prepublication process in good faith.”

The 592-page book is expected to provide an unvarnished and caustic account of life inside the White House from the national security adviser’s perspective. It is expected to describe the president’s decision-making process, his warring advisers and a number of foreign policy topics, from Ukraine and Venezuela to North Korea and Iran.

The New York Times reported this year that the book would substantiate claims that Trump withheld military aid to pressure Ukraine’s leader to launch a political investigation. People familiar with the book say Bolton will describe Ukrainian interactions in detail.

Bolton left the White House with fiercely negative views of the president, associates say. Though he has generally stayed quiet in the media, he has been more pointed during paid public speaking engagements.

Some of Bolton’s former White House colleagues have privately criticized him as a narcissist with a temper, according to current and former White House officials. He reportedly butted heads with Secretary of State Mike Pompeo, Treasury Secretary Steven Mnuchinh and many other aides.

People with knowledge of the book said it would be the most detailed criticism yet from a former administration official who served at a high level of government.

What the White House could do to stop the book is unclear. Theoretically, Bolton could lose his security clearance, experts say, or be forced to forgo profits from the book.

In a 2016 settlement, Matt Bissonnette, who wrote “No Easy Day” under the pen name Mark Owen, agreed to turn over to the government all the profits and future royalties stemming from his book, at least $6.6 million at the time.

As part of the deal, Bissonnette acknowledged that he did not get his manuscript properly cleared by the Pentagon. In exchange, the Justice Department agreed to dismiss any other claims and drop any plans to prosecute him for the release of classified information.

At the end of 2019, Bolton received a letter from Ellen Knight, the National Security Council’s senior director for records, access and information security management, reminding him about the importance of submitting his manuscript for review. She said Bolton would be breaking his nondisclosure agreement with the U.S. government if he published the book without review.

“The manuscript may not be published or otherwise disclosed without the deletion of this classified information,” she wrote.

Cooper had submitted the manuscript to the National Security Council for vetting on Dec. 30.

“Ambassador Bolton has carefully sought to avoid any discussion in the manuscript of . . . classified information, and we accordingly do not believe that prepublication review is required,” Cooper wrote to Knight in a letter accompanying the draft. “We are nonetheless submitting this manuscript out of an abundance of caution.”

People familiar with Bolton’s interaction with that office said he has carefully reviewed the manuscript and has cooperated with the office and feels the book is being held up for political reasons.