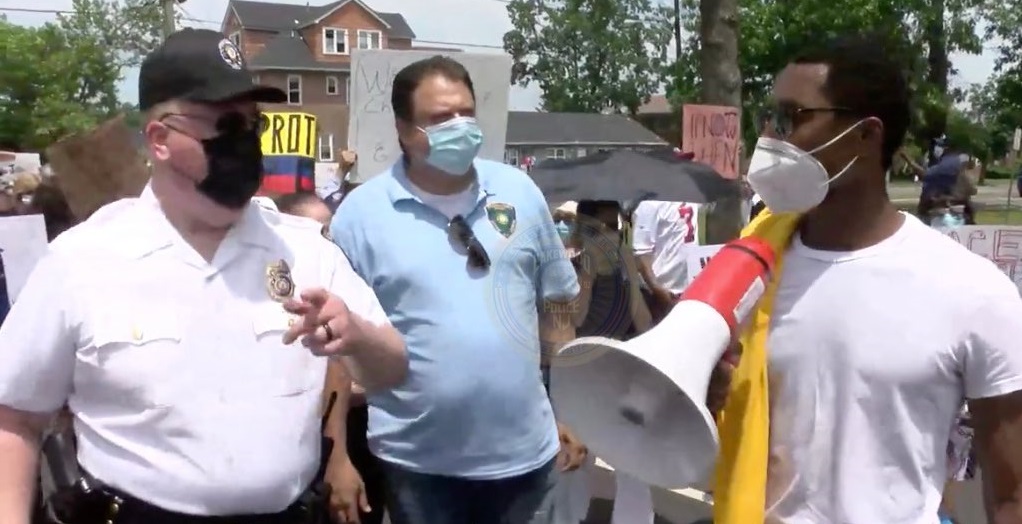 A rally which drew several hundred people marched through Lakewood, New Jersey on Saturday afternoon and ended peacefully by mid-afternoon.

The walk to honor the memory of George Floyd and promote equality, which was named We Stand As One, was organized with the participation of the Lakewood Police Department and Township leaders, as well as the Lakewood Chapter of the NAACP.

Beginning at 9th Street and Clifton Avenue, the marchers walked down to Fifth Street to the Lakewood Town Square known as Red Square, with much chanting of slogans demanding the abolition of racism and protesting police brutality which brought about the death of Georg Floyd.

The gathering was free of any violence, and the Lakewood Police Department reported there were no arrest, injuries or damage to property.

Marquis Oliver, who represented the NAACP, urged residents to vote and participate in advancing the interests of the community.