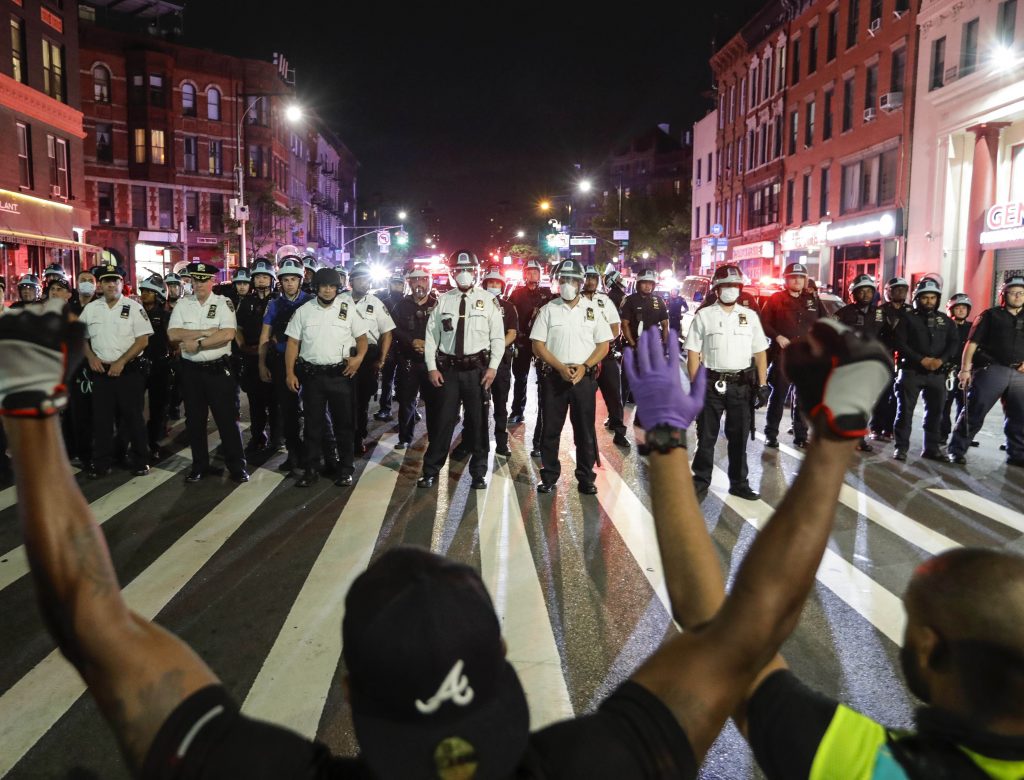 The thousands of people protesting the death of George Floyd have a “civic duty” to be tested for the coronavirus and help New York avoid a spike in new cases as it slowly restarts its economy, Gov. Andrew Cuomo said Thursday.

There’s widespread concern that people packing in tightly for demonstrations, sometimes without faces coverings, could lead to more COVID-19 cases. Cuomo was particularly concerned about daily mass demonstrations in New York City, which is poised to relax some restrictions amid an intense, month’s long effort to tame the outbreak.

“If you were at a protest, go get a test, please,” Cuomo said at his daily briefing. “The protesters have a civic duty here also. Be responsible, get a test.”

An estimated 20,000 people have demonstrated in New York City alone, the governor said, as he expanded the state’s testing criteria to include people who attended recent protests across the state.

Protests have continued around New York despite state rules against gatherings of more than 10 people.

Regions of the state outside of New York City have begun phasing in economic activity after progress in slowing the spread of the virus. Fewer people are being hospitalized statewide for COVID-19, and the recorded daily death toll was 52 on Wednesday, compared to 800 at the peak of the outbreak.

The city is set to begin the first phase of its reopening Monday, which allows curbside retail, construction and manufacturing.

“New York City had the highest number of protesters,” Cuomo said. “We have to be smart.”

Also, Cuomo said schools will be permitted to hold drive-in and drive-through graduation ceremonies, as some districts have been planning for their high school seniors.