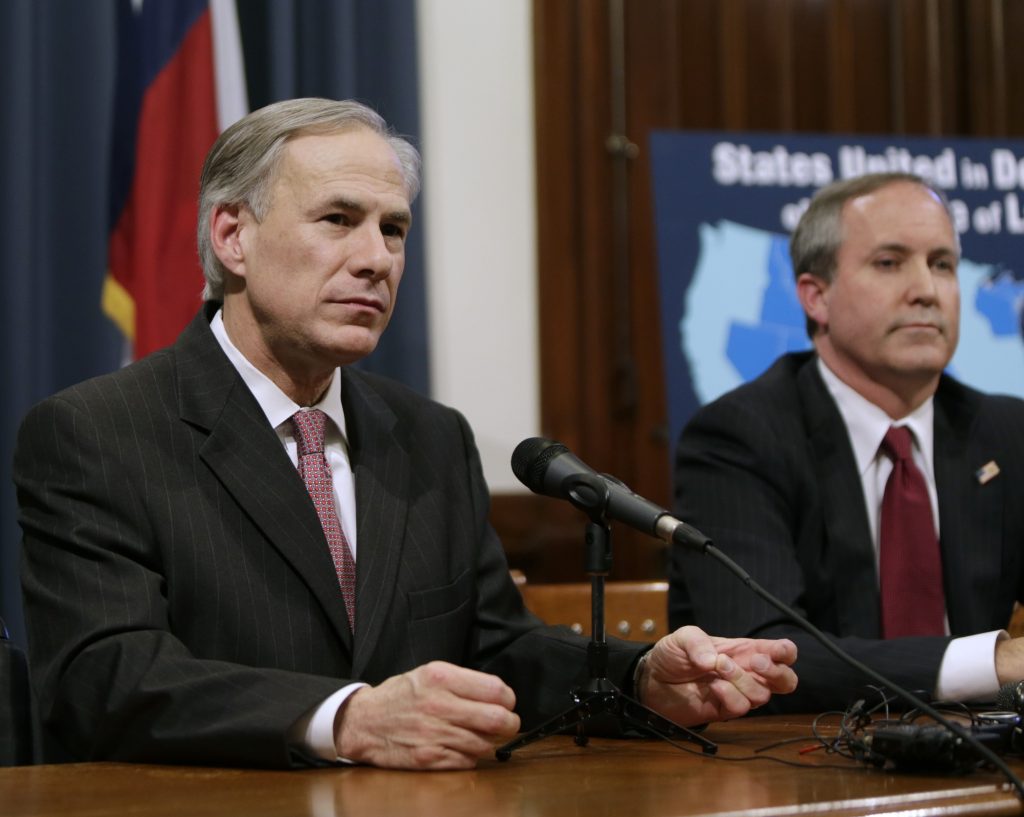 A federal appeals panel Thursday rejected a lower-court decision to allow any Texas voter afraid of contracting the coronavirus to cast a mail-in ballot, a case with far-reaching implications for this year’s election that could end up at the Supreme Court.

A three-judge panel of the U.S. Court of Appeals for the 5th Circuit ruled that it was up to the state, not the courts, to determine how to administer voting during a pandemic.

The Texas Democratic Party, which filed the lawsuit, argued that the state’s current rules are discriminatory because they allow absentee voting only among voters who are out of state, have a disability or are over age 65. The suit argued that fear of contracting coronavirus should also be a reason to cast a mail-in ballot.

In its opinion, the appeals panel noted that Abbott has taken steps to protect the health and safety of voters as a result of the pandemic. He postponed the state’s primary runoff elections to July 14, doubled the period for in-person early voting and ordered election officials to mandate further precautions at the polls such as social distancing.

The panel also sharply rebuked Biery for interfering with the state’s authority, admonishing him for “resolv[ing] to take matters into his own hands.”

Judge Jerry Smith, an appointee of Ronald Reagan, wrote the 5th Circuit’s opinion. The other two judges on the panel were James Ho, an appointee of President Donald Trump, and Gregg Costa, a Barack Obama appointee.

Paxton celebrated the decision, claiming that “allowing universal mail-in ballots, which are particularly vulnerable to fraud, would only lead to greater election fraud and disenfranchise lawful voters.”

The attorney general also said that mail-in balloting is allowed in Texas only “to aid those with an actual disability or illness.” He did not explain why he supports the law’s inclusion of all Texans age 65 and older.

In blocking the lower court’s preliminary injunction against the state’s mail-balloting rules, the panel gave the Texas Democratic Party several choices: to further appeal to the entire 5th Circuit, to appeal to the Supreme Court, or to focus on the original case as it proceeds through the trial court.

Gilberto Hinojosa, chairman of the Texas Democratic Party, said the party is likely to appeal directly to the Supreme Court rather than to the entire 5th Circuit.

While disappointed with the panel’s decision, Hinojosa said the issue has galvanized voters who want to vote by mail this year in a way that is likely to benefit Democrats at the polls in November. A new Quinnipiac poll showed that President Trump is in a tight race against former vice president Joe Biden in the state, and that six out of 10 voters support letting all voters cast ballots by mail during the pandemic.

Hinojosa said that political dynamic could spill over into the races of four conservative state Supreme Court justices, especially after the state’s high court ruled against mail ballot expansion in a separate lawsuit.

“I think the voters are not going to be very happy when they find out the four Republicans running didn’t care about whether voters had to choose between their health or voting – and that they made their decision after conducting oral arguments via Zoom, because they didn’t want to be exposed themselves,” Hinojosa said.

The U.S. Supreme Court has already weighed in on voting practices related to this year’s elections in a case out of Wisconsin, where state and national Republicans sued Gov. Tony Evers, a Democrat, to block him from allowing mailed ballots to be received after election day.

There is little evidence of widespread ballot fraud in the U.S., and the incidence of such fraud is vanishingly rare in states that conduct virtually all-mail elections, including Colorado, Oregon and Washington. Officials in those states say fraud is easy to police when proper protections are put in place including bar-coded envelopes, regular voter list maintenance and consistently applied signature-matching policies.