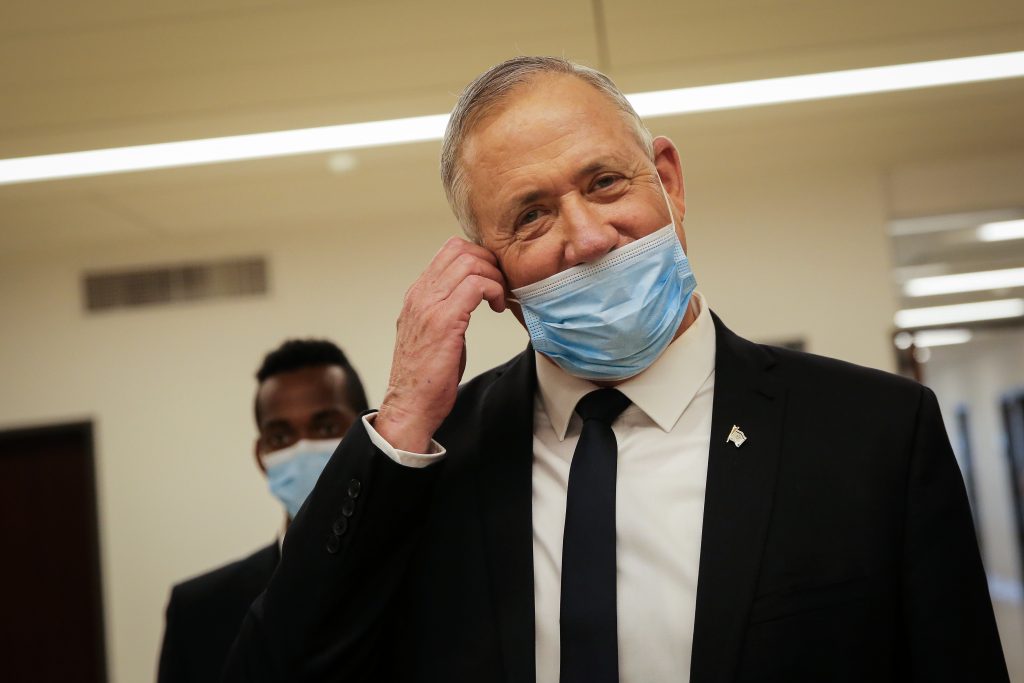 Benny Gantz will receive a security motorcade befitting his position as alternate prime minister, according to a report on Channel 12.

The security arrangements, comparable to that of the Prime Minister, were estimated to cost the taxpayer 23 million shekels ($6.6 million) per year. Since there is no allocation for it in the current state budget, the money will have to come from cuts elsewhere, the network said.

Gantz denied that he requested the special motorcade, and called such allegations a “blatant lie.”

But whether or not he requested it, it comes along with the office of alternate prime minister, Channel 12 said.

Yesh Atid MK Mickey Levy, formerly with Gantz Blue and White party, seized on the report for another swipe at government overspending.

“While one million unemployed people don’t know how they’ll make ends meet and small businesses are collapsing everywhere, Gantz is occupied with himself from morning to night,” Levy said, referring to the economic fallout from the coronavirus pandemic.

On Thursday, sources in Gantz’s office were quoted as saying that, on the contrary, he would prefer to reduce the costs and limit his personal security, though he did not say how he would do that.

Meanwhile, an unnamed source in PM Netanyahu’s office claimed that Gantz “wants to at least feel like a prime minister even if he doesn’t become a real prime minister,” according to Yedioth Ahronoth on Thursday.