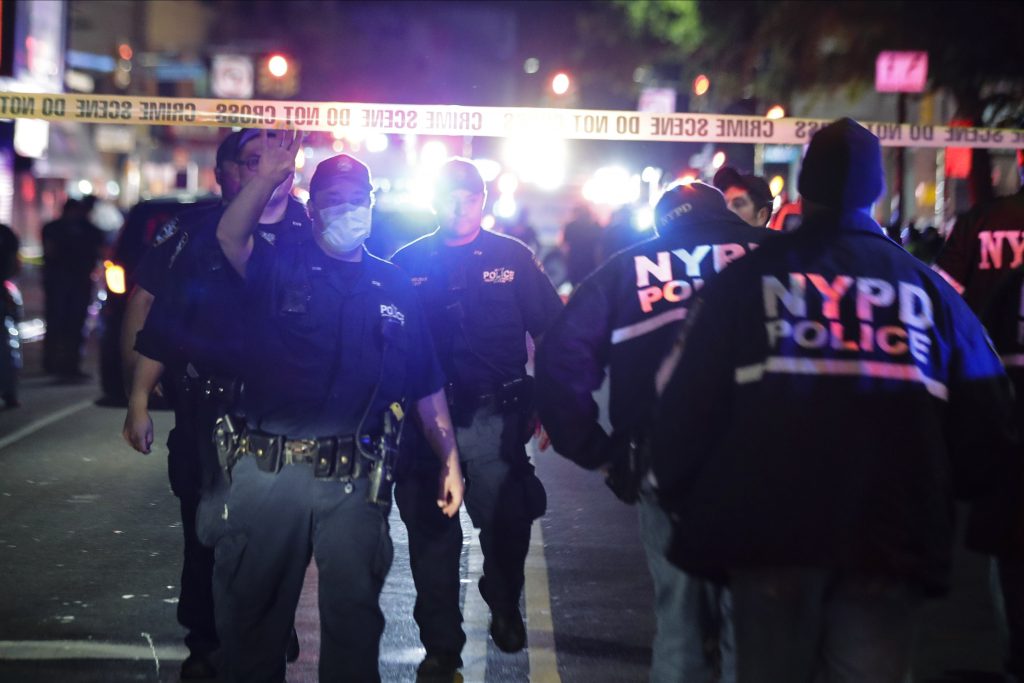 New York City police are trying to determine if Wednesday’s ambush stabbing of an officer in Brooklyn was inspired by anti-police sentiments expressed during days of protests and unrest over the death of George Floyd in Minneapolis, Commissioner Dermot Shea said Thursday.

Officer Yayonfrant Jean Pierre was stabbed in the neck while on an anti-looting patrol, spurring a struggle that saw the suspect shot and two other officers sustaining gunshot injuries to their hands. Jean Pierre and the other officers, Randy Ramnarine and Dexter Chiu, were expected to recover, police said.

The suspect, 20-year-old Dzenan Camovic, was hospitalized in critical condition with multiple gunshot wounds, Shea said. He has yet to be charged and the case could end up in the hands of federal prosecutors, with the FBI saying it would use “every federal statute available to hold the perpetrator accountable.” The NY Daily News reported that the Joint Terrorism Task Force is investigating his background, and whether he is linked to ISIS or other terror groups. Information on Camovic’s lawyer was not immediately available.

The bloodshed happened just before midnight Wednesday, in the hours after an 8 p.m. curfew that was intended to quell days of at-times violent protests in the wake of Floyd’s death. Along with peaceful demonstrations, there have been smash-and-grab sprees and a string of assaults on police officers.

Shea called for calm Thursday at a news conference that opened with a broadside against elected officials and others whom he blamed for stirring up animosity by speaking against police and sharing videos on social media that, presented without context, are seen as evidence of officer misconduct.

“How do we move forward?” Shea said. “I do not know how we will get there. I wish I had all the answers, but I know this much. We cannot reach that place until we end the hateful speech and the law breaking and the unprovoked attacks against police officers and the rhetoric that fuels.”

Shea said it was too early in the investigation to say what motivated Wednesday night’s attack, but police union head Patrick Lynch said he saw a connection to the protests.

“Did we doubt? Because of the rhetoric we’re hearing, the anti-police rhetoric that’s storming our streets, are we surprised?” said Lynch, president of the Police Benevolent Association. “I’m not. We said it’s going to happen.”