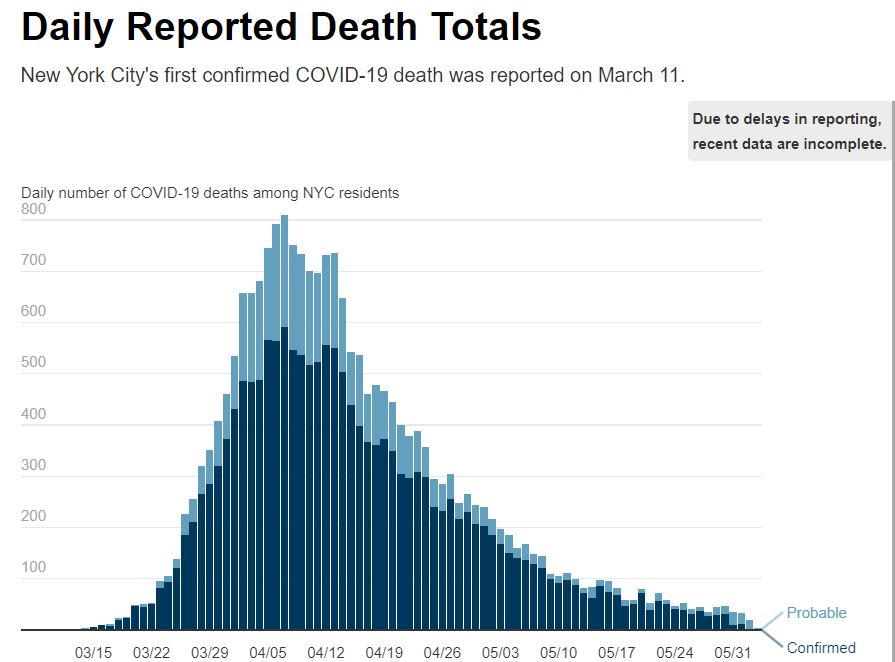 Earlier this week, three deaths were reported of people with symptoms which were in line with the virus, but these victims never tested positive yet. The deaths may be reclassified if they are confirmed in the coming days.

During the peak of pandemic, the average deaths in the city in each 24 hour period exceeded 500. The city’s current death toll is 21,752 fatalities, which includes 16,992 confirmed and 4,760 probable deaths caused by the disease.

“In the face of extraordinary challenges, New Yorkers have gone above and beyond to keep each other safe throughout the crisis,” said City Hall spokeswoman Avery Cohen.

“With hope on the horizon, we will continue to do everything we can to reopen safely without losing sight of the progress we’ve made,” Cohen said.