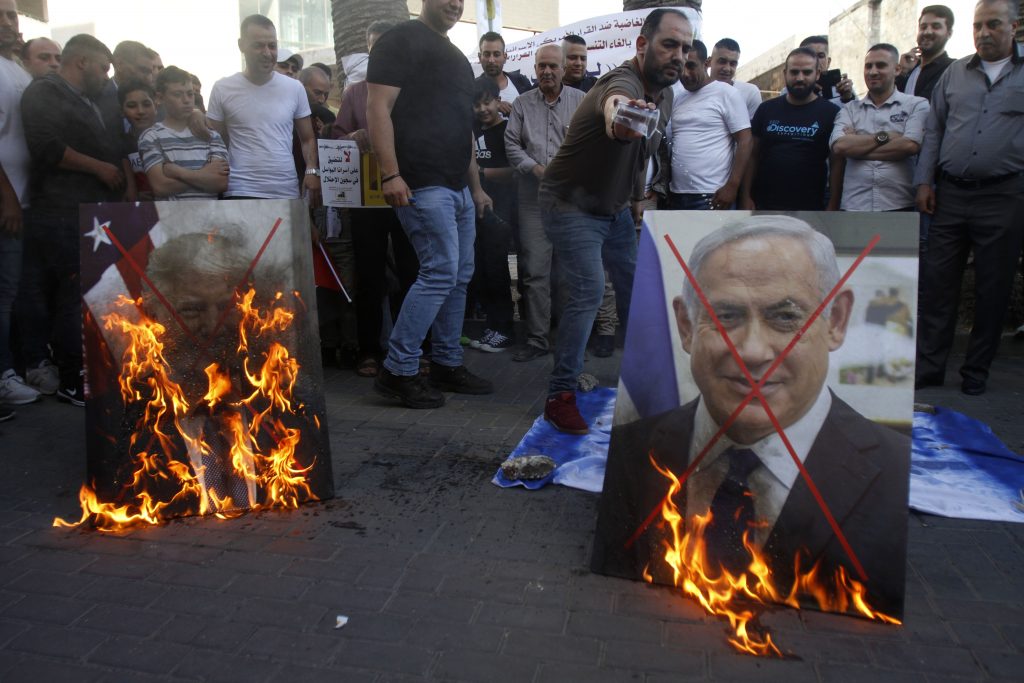 Prime Minister Binyamin Netanyahu has harshly criticized Yesha leaders for disparaging President Donald Trump over what they perceive to be his less-than-adequate plan allowing Israel to annex parts of Yehudah and Shomron.

Despite what is widely viewed as a pro-Israel peace plan, Yesha leaders have voiced concern that the maps they have seen leave many Jewish communities in Yehudah and Shomron as isolated enclaves. They also reject any recognition of a Palestinian state, as outlined in the American plan, and have pressed Netanyahu to make changes.

On Wednesday, David Elhayani, chairman of the umbrella Yesha Council, told Haaretz that the plan proved Trump was “not a friend of Israel.”

Netanyahu, having just met Yesha leaders to hear their grievances, lashed back.

“President Trump is a great friend of Israel’s. He has led historic moves for Israel’s benefit,” Netanyahu said in a statement Wednesday. “It is regrettable that instead of showing gratitude, there are those who are denying his friendship.”

Knesset Speaker Yariv Levin, who has been involved in implementing the plan, went even further, calling Elhayani’s remarks “rude and irresponsible.” He said they exhibited an ungratefulness that was particularly damaging at a time when there was “an important effort to advance the historic process of applying sovereignty” to parts of Yehudah and Shomron.

Netanyahu has announced that he will annex parts of Yehudah and Shomron, as well as the Jordan Valley, in line with Trump’s Mideast plan. He has signaled he will begin moving forward with annexation next month.

The U.S. plan envisions leaving about one-third of Yehudah and Shomron under permanent Israeli control, while granting the Palestinians expanded autonomy in the remainder of the territory.

The Palestinians have already cut off key security ties with Israel and say they are no longer bound to agreements signed. On Thursday, the Palestinians announced they would refuse to accept the tax money Israel routinely collects for them. The moves have raised concerns of a return to violence if the plan is actually carried out.