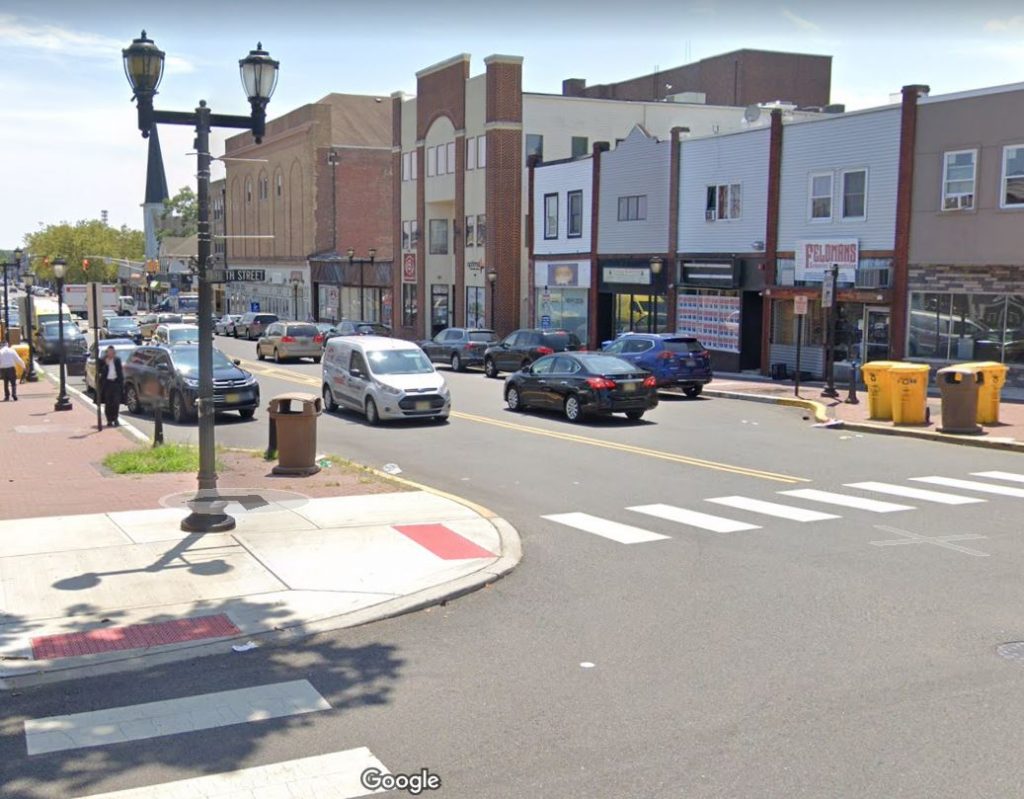 After a week of protests over the death of George Floyd erupting into violence and looting, it is not surprising that plans to hold a march in his honor in the heart of Lakewood would cause concern. While most demonstrations outside of large cities and around New Jersey have remained peaceful, given long-held tensions surrounding the town’s Orthodox community, the prospect has brought with it a heightened amount of apprehension.

Early in the week, when word began to spread that Marquis Oliver, a 24-year-old Lakewood resident, was planning a protest over Mr. Floyd’s death at the hands of a Minneapolis policeman, Lakewood’s police and town council met with the organizer and assured the public that they had no reason to expect violence.

Yet, as anxiety and questions continued over whether retailers near the path of the march should board up their stores, Lakewood Police Chief Greg Meyer met with storeowners to address their concerns directly.

“We expect it to be peaceful and have no indication of anything other than that,” he told about 25 retailers gathered on the corner of 5th Street and Clifton Avenue on a hot and humid Thursday afternoon.

While Chief Meyer delivered a consistent message of his confidence that protesters had no plans for mayhem, he assured those gathered that he and others in public safety planned to have an “overwhelming” presence of police and several other state agencies should any threat arise.

“We have a contingency plan in place, we will not be making calls or making new decisions then; if necessary, we are ready to put that plan into action,” he said.

The protest is scheduled to take place between 1 p.m. and 3 p.m. this coming Shabbos and will be marching from the parking lot of Beth Medrash Gevoha on 9th Street and Clifton Avenue to the city’s town square between 4th and 5th Streets – the first stretch of the town’s central shopping district. In an effort to show solidarity, a group of Orthodox activists have arranged to have cookies, water, and challah rolls distributed to the protesters during the march.

Chief Meyer said that his officers have arranged to ensure that demonstrators will return to their cars and leave the area after 3 p.m., but that a heavy police presence will be maintained through the night. The plan is intended to address a common phenomenon in past George Floyd protests, where peaceful gatherings turned to violence and thievery after dark. The police department estimated that 150 people would attend the march, but said that number was a rough approximation.

At the outdoor meeting, the chief also added that some members of local government and clergy, and some public school teachers would be attending, who, he anticipated, would add a milder tone to the event.

Chief Meyer discouraged store owners from boarding up their businesses, saying it showed a message of fear, which he felt was unwarranted, but said that retailers had to make their own decisions about protecting their property.

While the issue of police brutality seemingly has little to do with any Jewish community, a protest last week in Los Angeles that ended in vandalism of the Fairfax neighborhood’s shuls and Jewish schools and the looting of many Jewish-owned businesses proved that not all protesters see it that way. Adding to the level of anxiety regarding the planned demonstration in Lakewood were profanity-laced anti-Semitic comments on the organizer’s social media page earlier this week. Mr. Oliver later claimed that his page had been hacked, and that he had not authored the comments.

While there have long been several internet-based groups aimed at disparaging Lakewood’s Orthodox community, they have been led and frequented mostly by members of surrounding towns such as Jackson and Toms River, which are overwhelmingly white and are not affiliated with Lakewood’s black and Hispanic populations, which are backing the present protest.

Most George Floyd protests in nearby towns have attracted small crowds and ended without incident. A notable exception was one in Asbury Park this past Tuesday that was attended by 5,000 people and ended with physical attacks on the police after nightfall.

An inquiry from Hamodia to the New Jersey Chapter of the NAACP, which is co-sponsoring the march, about how they intend to prevent the event from deteriorating into violence or being used as a platform for anti-Semitism, was not answered.

While Chief Meyer acknowledged the heightened risks of such a march in Lakewood, he told Hamodia that he had been in touch with the FBI and other agencies who felt there were “no credible threats.”

As retailers gathered before and after the police chief’s remarks, the mood remained light as they batted around whether or not to board up windows before Shabbos.

The proprietor of His Place, a men’s clothing store, was one of those who was taking advantage of a creative entrepreneur’s offer to secure his shop for a fee.

“I’m boarding up,” he told Hamodia after the meeting. “It only costs me $1,000, and if I lose merchandise it will be a lot more. I also sell wholesale all over the world, and I’m hearing about the losses some customers had; it’s not worth the risk.”

Moshe Lankry, who owns Pizza Plus, opted against boards which, he feared, aside from the expense, would damage his store’s stucco exterior.

“I think it’s good that some politicians and teachers — more official people — got involved; that and the timing will hopefully keep the hoodlums and people you’d worry about away,” he told Hamodia. “I’m a little worried, because with what we’ve already seen go on at these protests, anything can happen, but I’m leaving it up to the Ribbono shel Olam.”