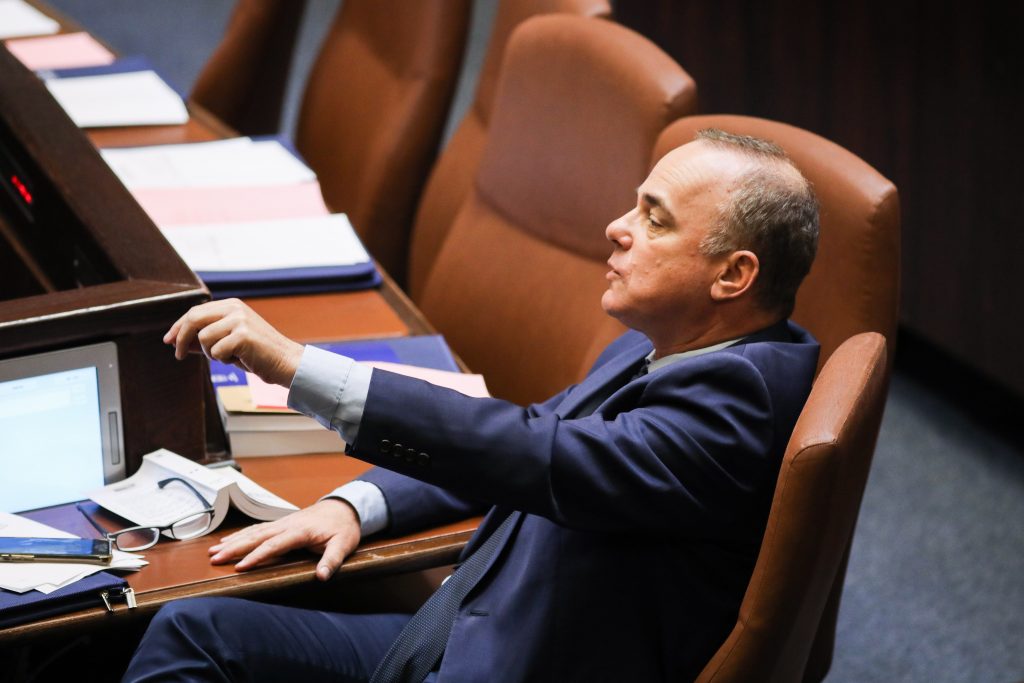 The intense back-and-forth over proposed annexations in Yehuda and Shomron continued on Thursday, as Energy Minister Yuval Steinitz delivered another official rebuke to right-wing leaders assailing the plan.

“We didn’t announce that we’re adopting the Trump plan, but rather parts of it, including the part that lets us extend Israeli law to settlements and the Jordan Valley,” Steinitz told Army Radio.

“This is the best peace plan for us that the United States has ever put on the table,” he said. “For us to say that we won’t take the sovereignty because it doesn’t give us everything is foolishness. To say that Trump is no friend of Israel is doubly foolish. It is very unwise and could lead to the squandering of a historic opportunity.”

The reference was to a comment made by Yesha head David Elhayani, who told Haaretz on Wednesday that the plan reveals Trump and his senior adviser Jared Kushner “are not friends of the State of Israel.”

Elhayani and Shomron Council head Yossi Dagan have criticized a tentative map which indicates that 15 Jewish communities in the region would be left in precarious enclaves, in addition to the proposal for a Palestinian state, which they find unacceptable.

Their unusually inflammatory remarks elicited another expression of appreciation for the Trump administration’s friendship from Israeli Prime Minister Binyamin Netanyahu‏‏ on Wednesday.

However, Elhayani has not retracted. On Thursday, he told Army Radio that he felt compelled to speak out against the Trump plan, notwithstanding some positive elements.

“If someone comes to me with a cake while holding a gun to my head will I just take some cake and then say goodbye?” he said. “My duty is to save us from the existential threats.”

Elhayani rebuffed accusations that he was being ungrateful to America for offering to recognize Israeli sovereignty over parts of Yehuda and Shomron, even if the Palestinians won’t agree to it. He said he was concerned not just for the safety of towns in the Jordan Valley and elsewhere, but for the safety of all of Israel’s citizens.

In explanation of his controversial statement, Elhayani said that if Trump wants to establish a Palestinian state near the heart of Israel, between Jordan and the Mediterranean Sea, he said, addressing the U.S. president, “then you are not a friend.”

Yesha itself is divided over the issue. Some Yesha members called for Elhayani to step down as head of the umbrella group, Channel 13 reports. But others defended him.

Another critic of the plan, Yamina MK Ayelet Shaked, told Yisrael Hayom on Thursday that “the Trump plan was built by Netanyahu. It should be called the Netanyahu plan. For many years already, since the [2009] Bar-Ilan speech, Netanyahu has spoken of establishing a demilitarized Palestinian state, more limited than the state Olmert and Livni discussed, but still a Palestinian state. We cannot accept a plan that recognizes a Palestinian state.”

The leader of the left-wing Meretz party, Nitzan Horowitz, on Thursday denounced the proposed annexation lines as “an apartheid map. It reminds me of South Africa.”

Horowitz was speaking to reporters during a Meretz-organized protest tour in the Jordan Valley.

Peace Now declared on Wednesday a “war on annexation,” with demonstrations on bridges over the Ayalon Highway as their opening shot.

The national debate over annexation has become so heated that President Reuven Rivlin issued a statement on Thursday appealing for a more civil discourse.

“We are brothers and sisters, I want to remind us today, and not in an abstract or distant way. In recent days, the question of annexation is once again the subject of difficult conversations. Us and them. Are you with us or against us? We all suffer from this kind of discourse.

“Disagree – yes. Argue – absolutely. But the verbal violence, the name-calling, the ridiculing, and the contempt must stop. I, who remember well the attempts to silence the critics at the time of Oslo and the disengagement and remember how hard we worked to recover from that shut-down, make this request of you – enough,” said Rivlin.