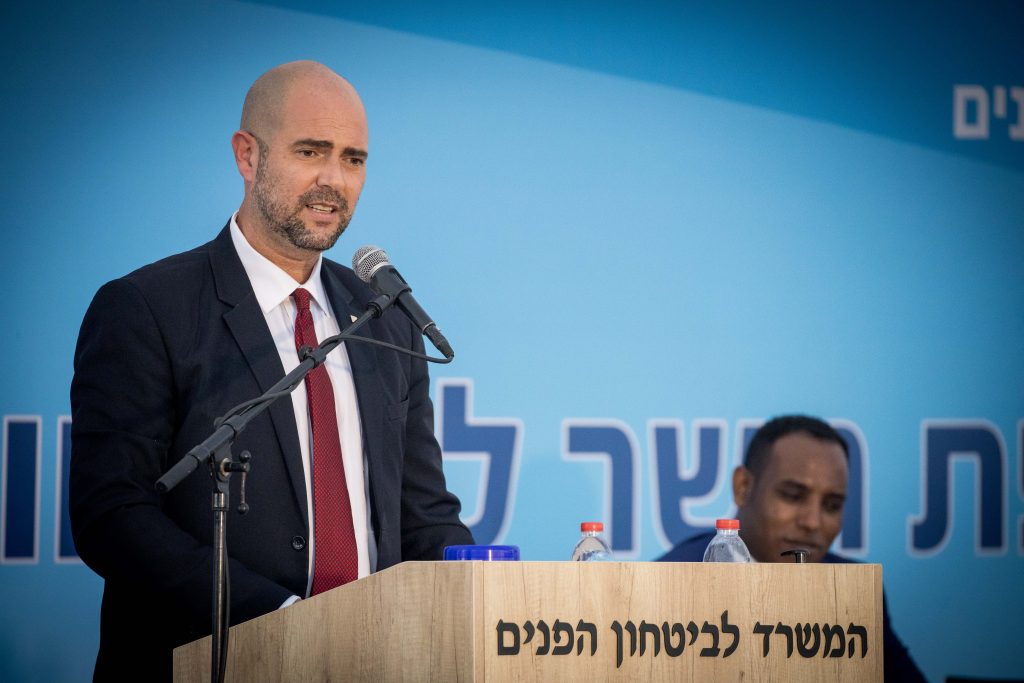 In the wake of the tragic shooting of an autistic East Yerushalayim resident by Israeli police, Public Security Minister Amir Ohana on Wednesday said that officers should be trained to identify people with disabilities, The Times of Israel reported.

“We need to check how to quickly identify people with disabilities. Perhaps there are nuances that can be learned to prevent this sort of incident from repeating itself,” he said. “There is groundwork being done and I intend to advance it.”

Unarmed Iyad Halak was shot dead by police in Yerushalayim’s Old City over the weekend, with police saying he had appeared to be holding a gun. Apparently having misunderstood an order to halt, he fled from police and tried to hide in a garbage room, where he was caught and killed.

Ohana said the incident should not touch off the kinds of protests being seen in the U.S. over the George Floyd killing.

“I hope this doesn’t fall on deaf ears and that people won’t try to bring Minneapolis and the riots and the pogroms here,” he said. “I think we’re in a better situation. We need to keep it that way.”

Responding to a query in the Knesset plenum, Ohana said, “This is an incident under investigation, so my answer is short and I can’t say anything beyond the following:

“This is a poor guy, a poor family. I am not passing judgment [on the officers], but this family deserves a hug,” Ohana said.

An investigation is under way. Two officers were questioned; one was placed under house arrest and his commander was released from custody under restrictive conditions.

Ohana had planned a condolence visit to the bereaved family, but canceled when the family members issued a statement saying they did not want Israeli officials to visit them.