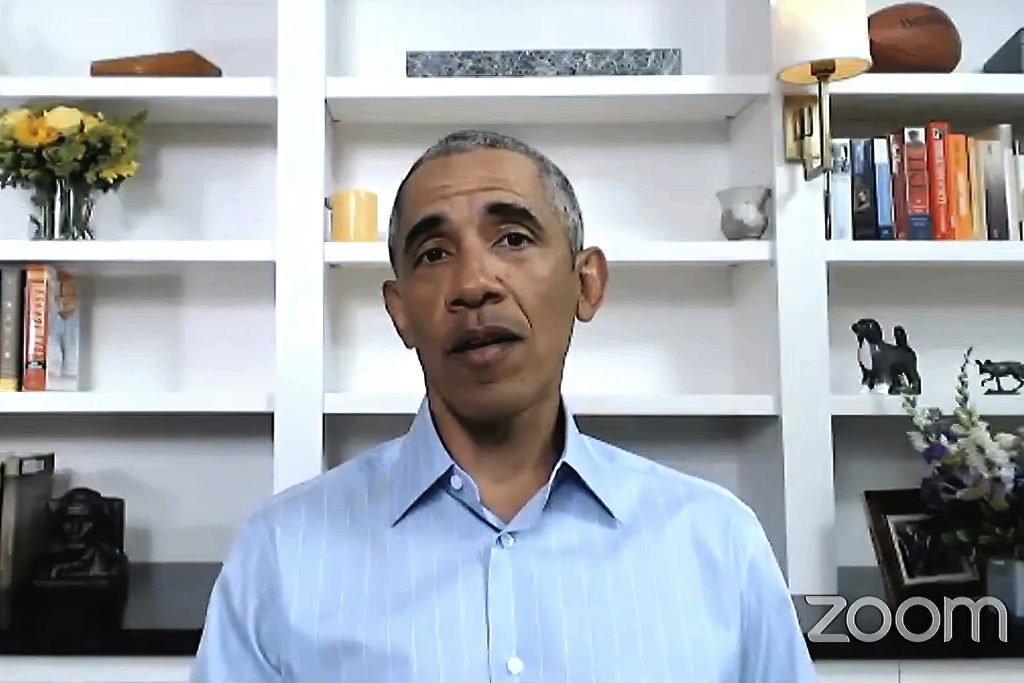 On Wednesday, Former President Barack Obama held a virtual town hall event with young people to discuss policing and the civil unrest that has followed the death of George Floyd in Minneapolis.

Obama rejected a debate he said he’d seen come up in “a little bit of chatter on the internet” about “voting versus protests, politics and participation versus civil disobedience and direct action.”

“This is not an either-or. This is a both and to bring about real change,” he said. “We both have to highlight a problem and make people in power uncomfortable, but we also have to translate that into practical solutions and laws that could be implemented and monitored and make sure we’re following up on.”

Obama called for turning the protests over Floyd’s death into policy change to ensure safer policing and increased trust between communities and law enforcement. He urged “every mayor in the country to review your use of force policies” with their communities and “commit to report on planned reforms” before prioritizing their implementation.

During the round table, Obama drew parallels between the unrest sweeping American currently and protest movements of the 1960s. But he said polls show a majority of Americans supporting today’s protesters and forming a “broad coalition” in a way much of the country didn’t back then — despite some of the recent protests “having been marred by the actions of a tiny minority that engaged in violence.”