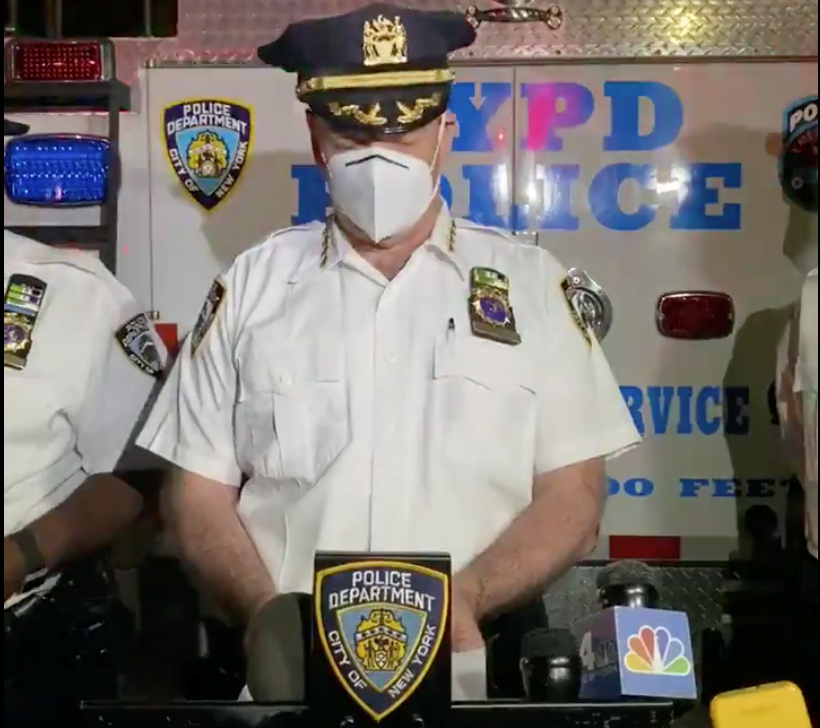 New York City police fatally shot a man Tuesday night in Brooklyn in a situation that officials said was not connected to protests elsewhere in the city.

Officers responding around 9:30 p.m. to an alert for shots fired at a public housing complex in Crown Heights found a wounded man and were told by bystanders that the shooter had fled up the block, NYPD Chief of Department Terence Monahan said.

Officers saw the man hiding behind a tree with a gun in his hand and pleaded with him for more than a minute to drop the weapon, which he ignored, Monahan said, citing body-worn camera footage and witness accounts.

As many as 10 officers opened fire, Monahan said. Neighbors said it sounded like a gun battle, though police did not say if the man killed by officers ever fired at them.

“This incident is not related to the ongoing protests,” Monahan said.

Monahan said “an illegal gun was recovered at the scene.” The wounded man officers found when they first arrived at the scene was hospitalized in stable condition.

The NYPD is investigating the shooting.