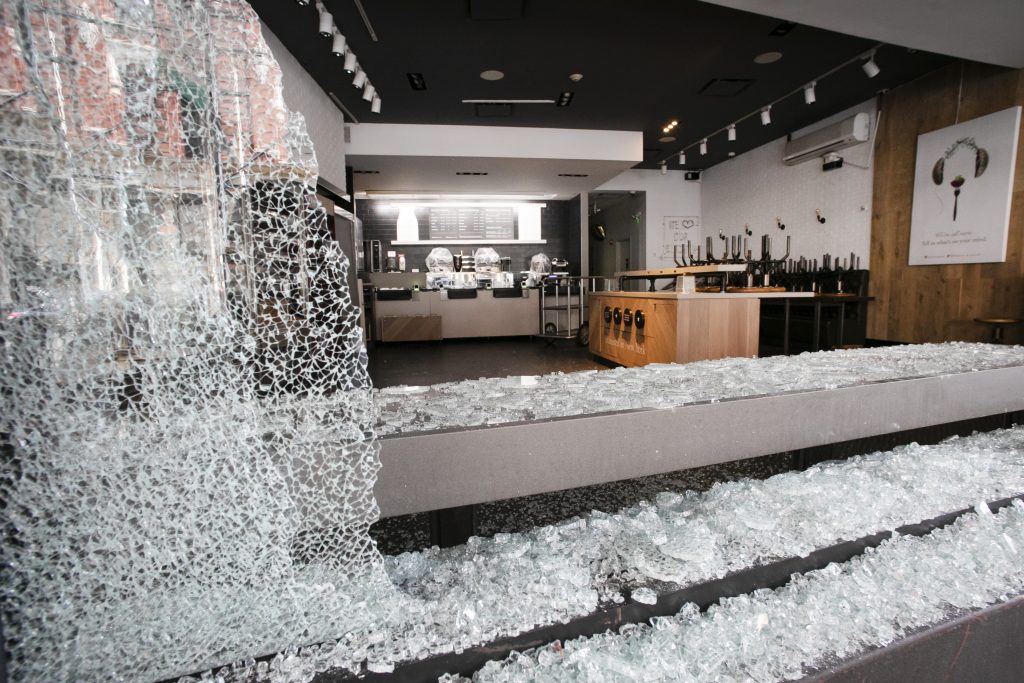 New York City’s second night under curfew was calmer than the first, with mostly peaceful demonstrators marching to protest the death of George Floyd and sporadic reports of vandalism.

“Last night we took a step forward in moving out of this difficult period we’ve had the last few days and moving to a better time,” Mayor Bill de Blasio said.

The citywide curfew from 8 p.m. Tuesday to 5 a.m. Wednesday was imposed to prevent the nighttime chaos and destruction that followed peaceful protests for several days in a row. Chief of Department Terence Monahan said the order to clear the streets at 8 p.m., three hours earlier than Monday’s 11 p.m. curfew, allowed police to take control of city streets and remove troublemakers.

The nightly curfews will remain in effect through Sunday, with the city planning to lift it at the same time it enters the first phase of reopening after more than two months of shutdowns because of the coronavirus.

“I’d like us never to have to use it again, if we do things right,” de Blasio said.

Monahan told NBC that officers allowed peaceful protests to continue after 8 p.m. but added, “When a group of people that were looking to cause mayhem broke off, we were able to take care of them very quickly.”

Police said they arrested about 280 people on protest-related charges, compared with 700 the previous night.

De Blasio condemned police for roughing up journalists covering the protests, including two from The Associated Press.

More than a half-dozen officers surrounded, shoved and cursed at video journalist Robert Bumsted and photographer Maye-E Wong and ordered them to go home Tuesday night, ignoring Bumsted’s explanation that the press are considered “essential workers” and are allowed to be on the streets.

“No journalist should ever be detained ever,” de Blasio said, except in what he deemed an “aberrant” situation of a journalist committing an illegal act.

“There should be no condition under which any journalist is detained by the police of this city or any city in the United States of America, period,” he added, calling for an investigation.

Police Commissioner Dermot Shea said officers were “doing the best we can under difficult circumstances,” adding that some people stopped by police were lying about being journalists.

“Sometimes these things take a second, maybe too long, to sort out,” Shea said. “We’re not perfect, we do the best we can in a situation.”

De Blasio rejected urging from President Donald Trump and an offer from Gov. Andrew Cuomo to bring in the National Guard to quell the unrest.

Marchers chanted slogans as they wound through the streets of Manhattan and Brooklyn deep into the night Tuesday.

“I didn’t think they were gonna let us go on,” said Risha Munoz, who was marching on Manhattan’s Upper West Side after the curfew, “but we just kept on moving and we’re not stopping.”

The marches were part of a wave of protests across the country since the May 25 death of Floyd, a black man who died after a white Minneapolis police officer pressed a knee on Floyd’s neck.

“Something has to break, and it’s not going to be us,” said Evan Kutcher, one of hundreds of demonstrators chanting Floyd’s name outside Barclays Center in Brooklyn.

Many stores across the city were boarded up to prevent the smash-and-grab looting that took place Sunday and Monday nights. Saks Fifth Avenue’s flagship Manhattan store was covered in plywood and razor wire, and private security guards were posted outside.