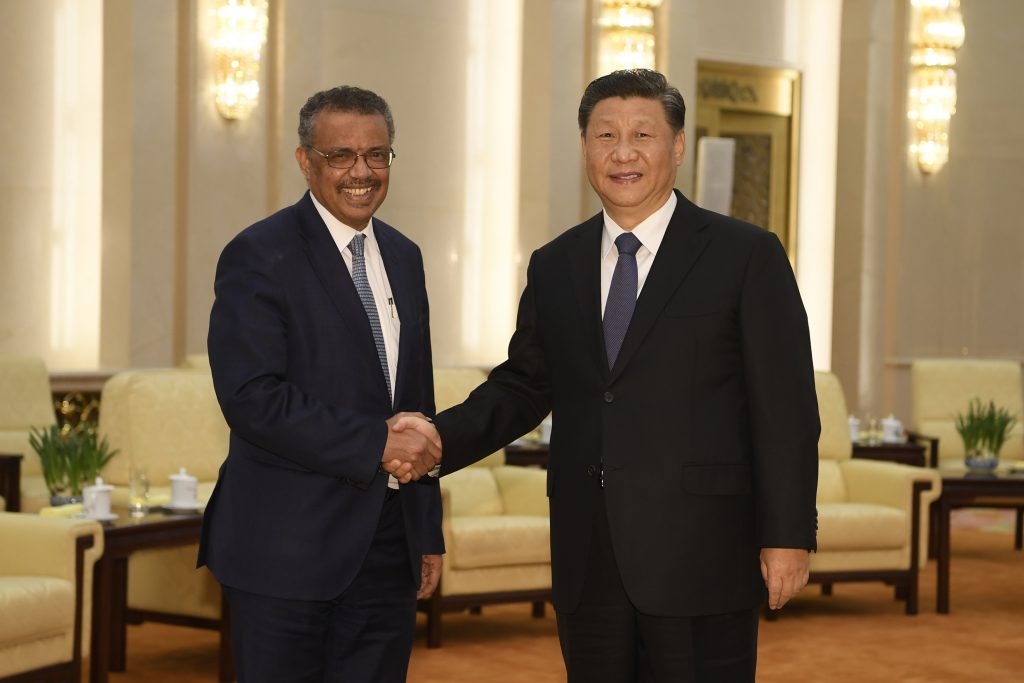 Throughout January, the World Health Organization publicly praised China for what it called a speedy response to the new coronavirus. It repeatedly thanked the Chinese government for sharing the genetic map of the virus “immediately,” and said its work and commitment to transparency were “very impressive, and beyond words.”

But behind the scenes, it was a much different story, one of significant delays by China and considerable frustration among WHO officials over not getting the information they needed to fight the spread of the deadly virus, The Associated Press has found.

Despite the plaudits, China in fact sat on releasing the genetic map, or genome, of the virus for more than a week after three different government labs had fully decoded the information. Tight controls on information and competition within the Chinese public health system were to blame, according to dozens of interviews and internal documents.

Chinese government labs only released the genome after another lab published it ahead of authorities on a virologist website on Jan. 11. Even then, China stalled for at least two weeks more on providing WHO with detailed data on patients and cases, according to recordings of internal meetings held by the U.N. health agency through January — all at a time when the outbreak arguably might have been dramatically slowed.

WHO officials were lauding China in public because they wanted to coax more information out of the government, the recordings obtained by the AP suggest. Privately, they complained in meetings the week of Jan. 6 that China was not sharing enough data to assess how effectively the virus spread between people or what risk it posed to the rest of the world, costing valuable time.

“We’re currently at the stage where yes, they’re giving it to us 15 minutes before it appears on CCTV,” said WHO’s top official in China, Dr. Gauden Galea, referring to the state-owned China Central Television, in another meeting.

The story behind the early response to the virus comes at a time when the U.N. health agency is under siege, and has agreed to an independent probe of how the pandemic was handled globally. After repeatedly praising the Chinese response early on,. President Donald Trump has blasted WHO in recent weeks for allegedly colluding with China to hide the extent of the coronavirus crisis. He cut ties with the organization on Friday, jeopardizing the approximately $450 million the U.S. gives every year as WHO’s biggest single donor.

In the meantime, Chinese President Xi Jinping has vowed to pitch in $2 billion over the next two years to fight the coronavirus, saying China has always provided information to WHO and the world “in a most timely fashion.”

The new information does not support the narrative of either the U.S. or China, but instead portrays an agency now stuck in the middle that was urgently trying to solicit more data despite limited authority. Although international law obliges countries to report information to WHO that could have an impact on public health, the U.N. agency has no enforcement powers and cannot independently investigate epidemics within countries. Instead, it must rely on the cooperation of member states.

WHO staffers debated how to press China for gene sequences and detailed patient data without angering authorities, worried about losing access and getting Chinese scientists into trouble. Under international law, WHO is required to quickly share information and alerts with member countries about an evolving crisis. Galea noted WHO could not indulge China’s wish to sign off on information before telling other countries because “that is not respectful of our responsibilities.”

In the second week of January, WHO’s chief of emergencies, Dr. Michael Ryan, told colleagues it was time to “shift gears” and apply more pressure on China, fearing a repeat of the outbreak of Severe Acute Respiratory Syndrome that started in China in 2002 and killed nearly 800 people worldwide.

“This is exactly the same scenario, endlessly trying to get updates from China about what was going on,” he said. “WHO barely got out of that one with its neck intact given the issues that arose around transparency in southern China.”

Ryan said the best way to “protect China” from possible action by other countries was for WHO to do its own independent analysis with data from the Chinese government on whether the virus could easily spread between people. Ryan also noted that China was not cooperating in the same way some other countries had in the past.

The delay in the release of the genome stalled the recognition of its spread to other countries, along with the global development of tests, drugs and vaccines. The lack of detailed patient data also made it harder to determine how quickly the virus was spreading — a critical question in stopping it.

Between the day the full genome was first decoded by a government lab on Jan. 2 and the day WHO declared a global emergency on Jan. 30, the outbreak spread by a factor of 100 to 200 times, according to retrospective infection data from the Chinese Center for Disease Control and Prevention. The virus has now infected over 6 million people worldwide and killed more than 375,000.

“It’s obvious that we could have saved more lives and avoided many, many deaths if China and the WHO had acted faster,” said Ali Mokdad, a professor at the Institute for Health Metrics and Evaluation at the University of Washington.

However, Mokdad and other experts also noted that if WHO had been more confrontational with China, it could have triggered a far worse situation of not getting any information at all.

If WHO had pushed too hard, it could even have been kicked out of China, said Adam Kamradt-Scott, a global health professor at the University of Sydney. But he added that a delay of just a few days in releasing genetic sequences can be critical in an outbreak. And he noted that as Beijing’s lack of transparency becomes even clearer, WHO director-general Tedros Adhanom Ghebreyesus’s continued defense of China is problematic.

“It’s definitely damaged WHO’s credibility,” said Kamradt-Scott. “Did he go too far? I think the evidence on that is clear….it has led to so many questions about the relationship between China and WHO. It is perhaps a cautionary tale.”

WHO and its officials named in this story declined to answer questions asked by The Associated Press without audio or written transcripts of the recorded meetings, which the AP was unable to supply to protect its sources.

“Our leadership and staff have worked night and day in compliance with the organization’s rules and regulations to support and share information with all Member States equally, and engage in frank and forthright conversations with governments at all levels,” a WHO statement said.

China’s National Health Commission and the Ministry of Foreign Affairs had no comment. But in the past few months, China has repeatedly defended its actions, and many other countries — including the U.S. — have responded to the virus with even longer delays of weeks and even months.

“Since the beginning of the outbreak, we have been continuously sharing information on the epidemic with the WHO and the international community in an open, transparent and responsible manner,” said Liu Mingzhu, an official with the National Health Commission’s International Department, at a press conference on May 15.