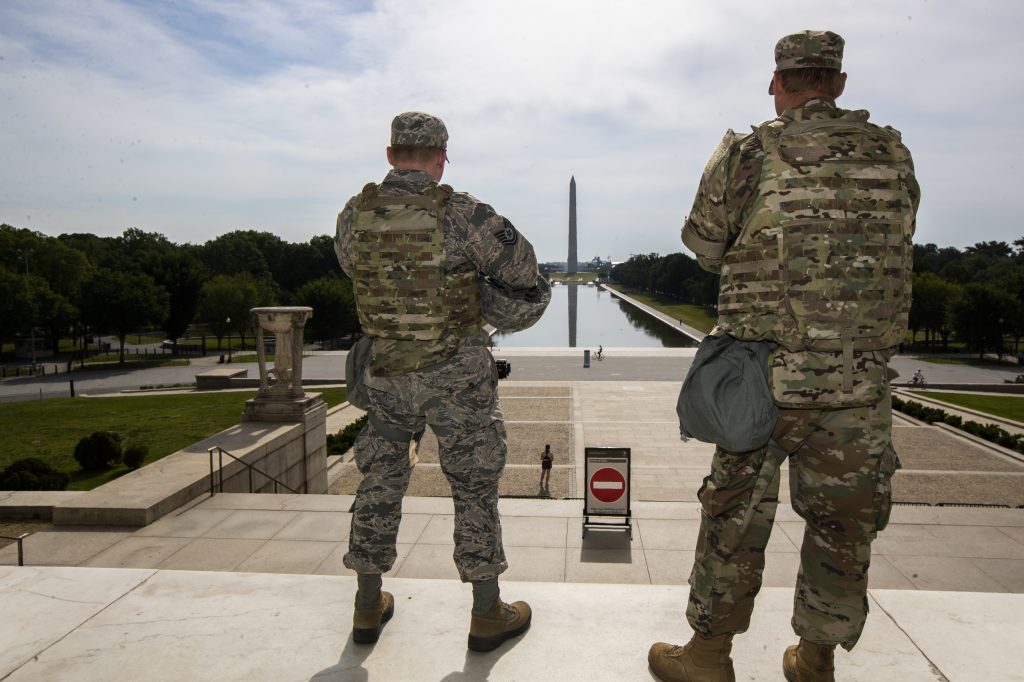 Active-duty troops brought in to help if needed with the civil unrest in the nation’s capitol are beginning to return to their home base, after two days of more peaceful demonstrations in Washington, D.C., senior defense officials told The Associated Press on Wednesday.

The officials said that about 200 soldiers with the 82nd Airborne’s immediate response force will be the first to leave on Wednesday, returning to their base at Fort Bragg, North Carolina. The remainder of the active-duty troops, who have all been kept at military bases outside the city in northern Virginia and Maryland, will also get pulled home in the coming days if conditions allow, said the officials, who spoke on condition of anonymity to discuss imminent troop movements. The active-duty troops were available, but were not used in response to the protests.

The departure of the troops comes as Defense Secretary Mark Esper told reporters Wednesday that current conditions do not warrant using military forces for law enforcement in containing the protests. President Donald Trump has in recent days talked about using the military to quell violent protests in U.S. cities.

About 1,300 active-duty troops were brought in to the Capitol region early this week as protests turned violent.

The active-duty unit that will be last to remain on alert is the Army’s 3rd Infantry Regiment, which is normally most visible as the soldiers who stand at the Tomb of the Unknown Soldier. The troops, known as the Old Guard, are based close to D.C. at Fort Myer, Virginia, and have been on 30-minute alert status. So, they would continue to be prepared to respond to any emergency in the region within a half hour for as long as needed.

Pentagon leaders have consistently said there continues to be no intent to use the active-duty forces in any law enforcement capacity. They would be used to assist the National Guard or other forces.