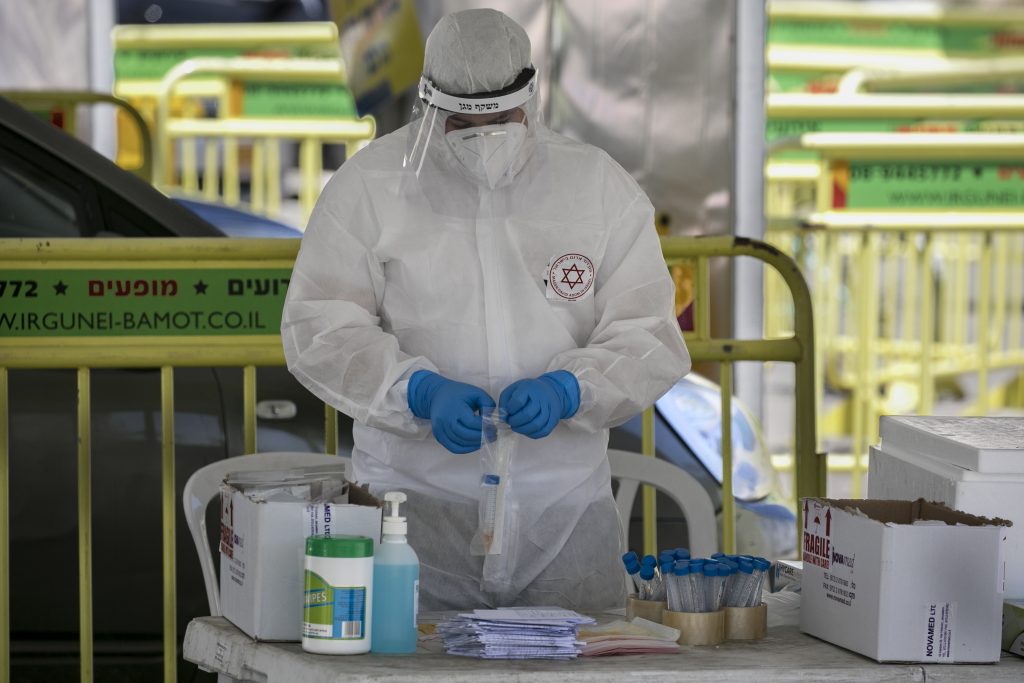 When a majority of a population is immune to an infectious disease, this provides indirect protection — or “herd immunity” – to the rest of the population. Depending on how contagious an infection is, 70% to 90% of a population usually needs immunity to achieve herd immunity. Since only about 2.5% of the Israeli population has developed antibodies, and herd immunity needs a 50-60% exposure rate, health experts recommended that Israel continue its current restrictions to stop the spread of the coronavirus.

A new study from Tel Aviv University (TAU) shows that roughly 200,000 people in Israel have been exposed to coronavirus, and many of them may not have developed symptoms. The figures were derived from tests for coronavirus antibodies conducted among 1,700 people throughout Israel. The tests examined data from samples of blood donations to the blood banks of Magen David Adom and the Center for Disease Control.

The data covers exposure of the Israeli population until mid-April. New testing is slated for later this month and then at regular intervals.

Studies in other countries found that rates of exposure to coronavirus are between 1% and 6%. Of note is that higher rates of exposure were found in Israelis ages 40-60 – 3.5% of this group tested positive for coronavirus antibodies. Regional results varied as well. While over 3% of tests from the Jerusalem area were positive, in the Haifa region only 1% tested positive for antibodies.

“This is the most sensitive measurement of the extent of exposure,” explained Professor Danny Cohen, head of the School of Public Health at TAU and a member of an appointed team to deal with coronavirus in Israel, adding: “The number we received indicates that we are far from herd immunity, and until there is an active or passive vaccine, we need to be very careful when it comes to the population. With corona, we need an exposure of 50%-60% of the population to provide any sort of herd immunity that, along with other preventative measures, will reduce the possibility of the virus making the rounds in the population.”

A serological screening survey to monitor the extent of coronavirus infection is expected to begin this week in Bnei Brak, Kan News reported. The survey is expected to expand nationwide and continue for about a month. Some 75,000 Israelis of all ages and sectors will be sampled in Bnei Brak, the Health Ministry estimated.

Meanwhile, the IDF has mapped out four working scenarios for a second wave of coronavirus: an out-of-control spread in the next few months; life alongside the virus; a second wave next winter; or the virus’ gradually dying out on its own.

“There [are] data from laboratory studies that indicate that heat, humidity, and sunlight damage the stability of respiratory particles and the virus itself. However, these studies do not necessarily apply to people infecting each other, which usually happens as a result of prolonged close contact, and will apparently happen even if the virus’ stability is affected,” states the report, which was compiled by the IDF and the Health Ministry.