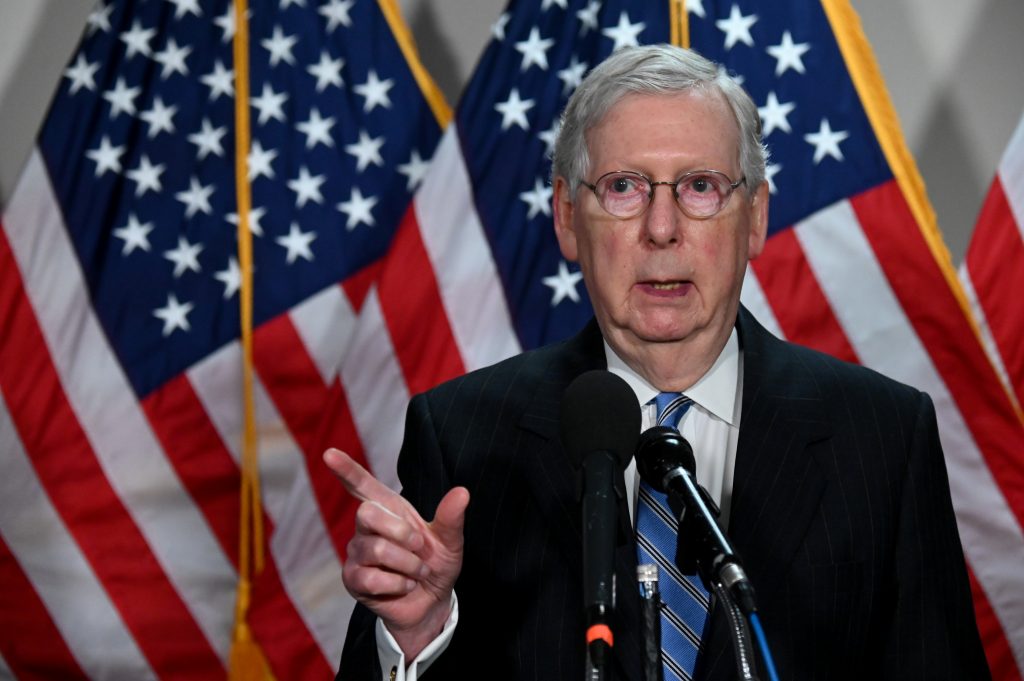 U.S. Senate Republicans blocked a Democratic resolution on Tuesday that would have condemned President Donald Trump for the use of gas and rubber bullets against peaceful protesters near the White House.

Protests have swept U.S. cities, including Washington, D.C., since the May 25 killing of George Floyd, a 46-year-old African American who died after a white policeman pinned his neck under a knee for nearly nine minutes in Minneapolis on May 25.

On Monday, federal officials cleared protesters near the White House just before President Trump marched through to pose holding a Bible outside a boarded-up church. That, and Trump’s threat to deploy federal troops to quell unrest, has deepened outrage among protesters.

“Congress condemns the President of the United States for ordering federal officers to use gas and rubber bullets against the Americans who were peaceably protesting,” the resolution sponsored by the minority Democrats said.

The Democrats tried to use fast-track procedures to pass the measure by a unanimous voice vote but were stopped when Senate Majority Leader Mitch McConnell, a Republican, objected.