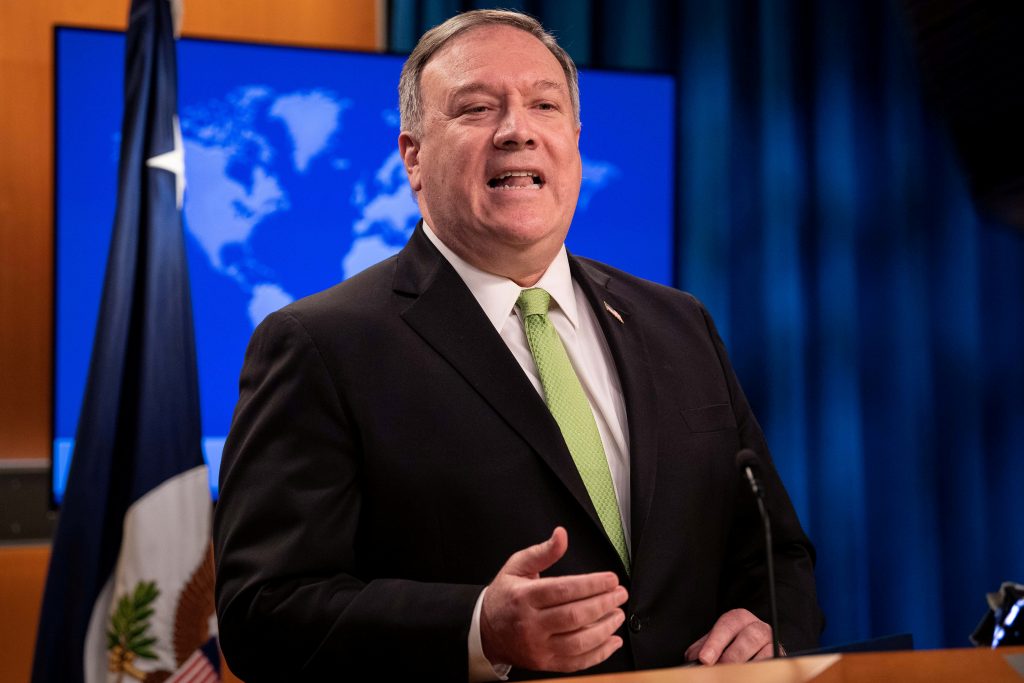 U.S. Secretary of State Mike Pompeo has said that an administration-wide pushback against the International Criminal Court (ICC), which has been threatening legal action against the American and Israeli militaries, will be unleashed in the coming days.

“We’ve done a lot of work in my three and a half years, first as director of CIA and now in my current role. You’ll see in the coming days a series of announcements not just from the State Department, from all across the United States government, that attempt to push back against what the ICC is up to,” Pompeo said in a speech to the conservative American Enterprise Institute last Friday and released by the State Department Monday night.

“We will never let that happen. We’re working along many fronts to prevent it from happening. They’re doing this not just to us, but to Israel, where they’re beginning to look into what took place in the West Bank. Again, it’s completely inappropriate, it’s completely inconsistent with international law, and it puts our young men and women at risk and it’s something President Trump and our team aren’t going to permit to happen.”

While he would not disclose details of what the administration will do, he said the world will find out soon.

“I don’t want to get ahead of the announcements we’re going to make in the coming days, but I think you’ll see, and I think that the ICC and the world will see, that we are determined to prevent having Americans and our friends and allies in Israel and elsewhere hauled in by this corrupt ICC.”

Specifically, Pompeo mentioned Afghanistan, saying, “I’m very concerned about it,” in regard to plans by the ICC to probe the US military for alleged war crimes in that country.