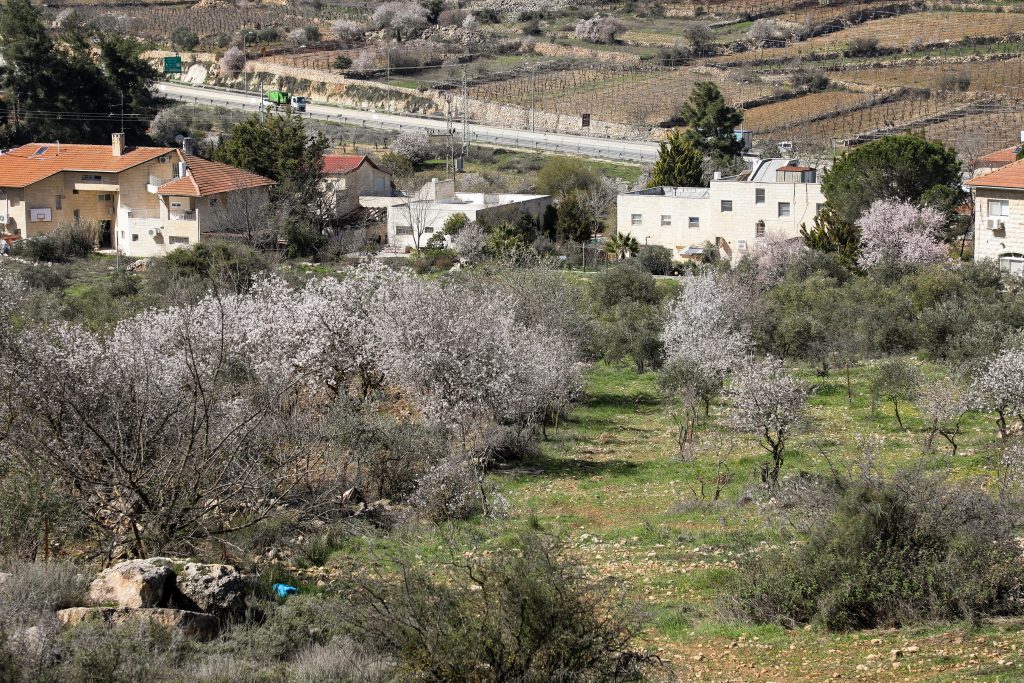 Israeli Prime Minister Binyamin Netanyahu‏‏ held a meeting with representatives from the Yesha council of Yehuda and Shomron, during which he urged them to fall in line behind the U.S. peace plan, which some of the regional leaders have been vociferously opposing.

Netanyahu told the Yesha delegation that they were standing before a “historic opportunity to apply sovereignty over Yehuda and Shomron, according to a statement from the PMO.

“The Prime Minister said discussions with the Americans are still ongoing,” the statement added, in an apparent reference to the joint Israeli-U.S. mapping team that is finalizing the proposed borders of annexation preparatory to approval from Washington.

Some members of Yesha, notably Shomron Regional Council chairman Yossi Dagan, have objected to a map under discussion, which they claim will leave Jewish communities at risk in the middle of Palestinian Authority areas. In all, 19 localities are expected to remain isolated with limited access to the Israeli center.

And in recent days, there have been media reports of American officials telling their Israeli counterparts to go slow on annexation, as Yesha leaders complain they have been left out of the process.

Neither side had anything positive to announce after the meeting.

“The sides agreed to continue their dialogue,” the PMO said. A statement from Yesha: “The meeting lasted about two hours, and we expect the dialogue to continue,” it said.

Arutz Sheva quoted “sources with direct knowledge of the meeting” who said it was held in a positive atmosphere, but that the discussion was stormy, and “charged.”.

The Yesha leaders called on Netanyahu not to commit to backing Palestinian statehood, and to revise the map so as to avert isolating Jewish towns.