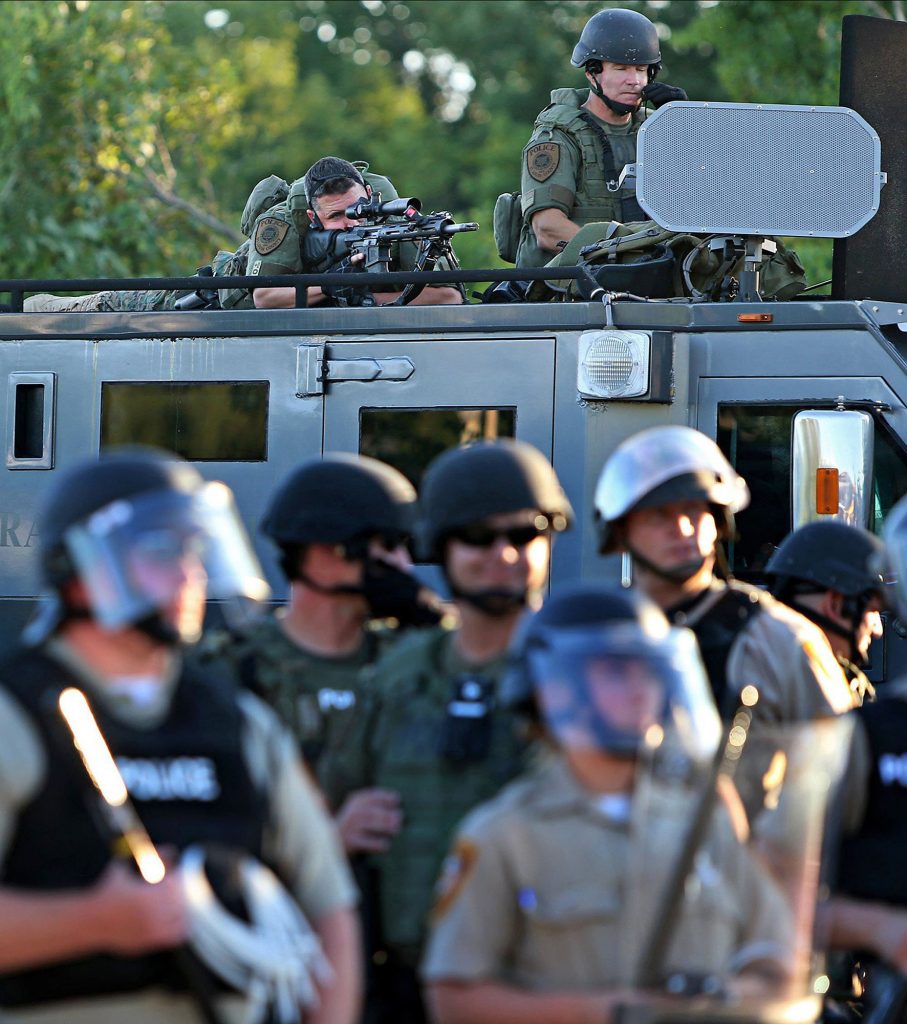 The eruptions of violence at protests of police brutality in recent days have rekindled congressional efforts to end the practice of giving surplus military gear to law enforcement agencies.

The program, which is run through the Defense Logistics Agency, dates back to the 1990s, with the goal of finding additional uses for equipment the Defense Department no longer needs, from guns, trucks and armored vehicles to tents, pants and hand-warmers. Over the past three decades, the Defense Department has transferred over $6 billion worth of equipment to various law enforcement departments across the country.

In 2014, images of heavily armed police officers in riot gear riding in Humvees dominated coverage of protests in Ferguson, Mo., after Michael Brown was shot and killed by a police officer. Since then, lawmakers have tried to rein in the program, with Rep. Hank Johnson, D-Ga., leading the charge.

Rep. Ruben Gallego, D-Ariz., a member of the Armed Services Committee, said Monday he hopes to have a provision ending the practice included in the fiscal 2021 annual defense policy bill. The language could either be included in the draft of the bill from House Armed Services Chairman Adam Smith, D-Wash., or voted on as an amendment during the panel’s markup next month.

Gallego, who served in combat in Iraq as a Marine, credited Johnson, a former member of the Armed Services panel who now sits on Judiciary, and the Congressional Black Caucus, with driving the conversation.

“These police officers should be peace officers. The idea that we’re handing them these weapons of war creates a culture that is not conducive to the police-community relationship,” Gallego said. “The streets aren’t war zones. Our police officers aren’t military, and our citizens aren’t combatants.”

On Sunday, Sen. Brian Schatz, D-Hawaii, tweeted that he intends to introduce an amendment to the Senate version of the defense authorization bill that would discontinue the program. Along with Kentucky Republican Sen. Rand Paul, Schatz has previously introduced legislation that would have halted the program.

However, neither Schatz nor Paul are members of the Senate Armed Services Committee, making it more difficult to attach an amendment to the annual must-pass defense bill.

While none of the legislative efforts to end the program to date have been successful, the Obama administration took an extended look at the issue, resulting in the issuance of an executive order in January 2015 that imposed some limitations on the transfer of military equipment and stepped up oversight of the practice.

President Donald Trump issued his own executive order on the issue in August 2017, rescinding the Obama proclamation. A month earlier, the Government Accountability Office published a report on an undercover sting operation in which it created a fictitious federal law enforcement agency — complete with a fake website — that was granted $1.2 million in surplus defense equipment.

The recent clashes between police and protesters have given the issue a new sense of urgency, Gallego said.

“I think there’s going to be a lot of interest in this kind of action on the House side,” he said. “We should at least temporarily halt it, or restrict it to the point where it’s only used for Kevlar jackets or first aid kits, things of that nature.”