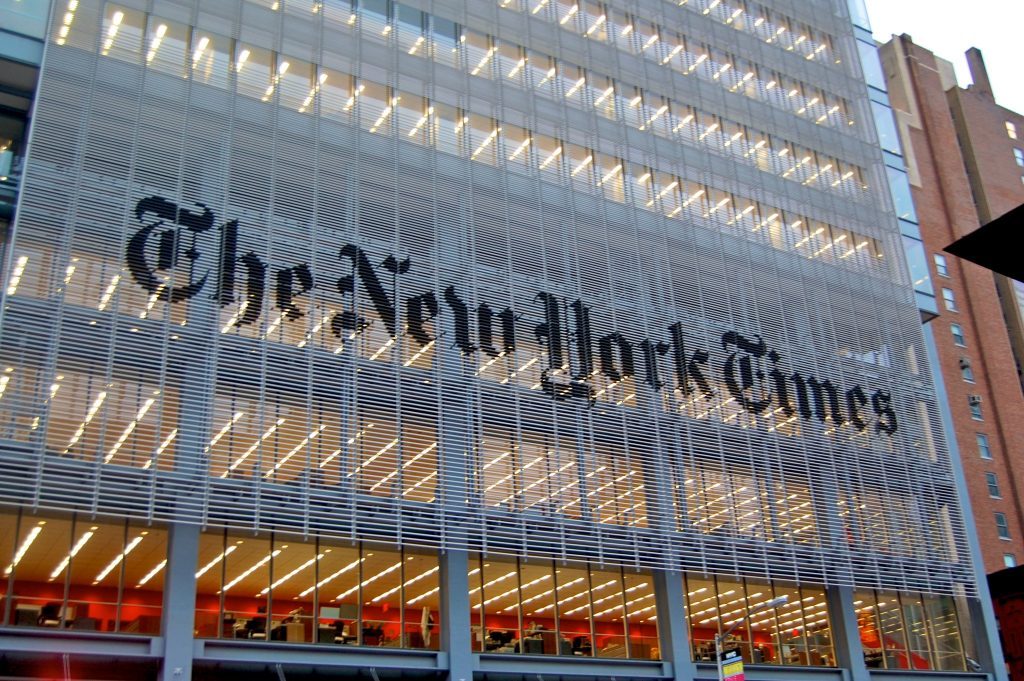 The New York Times faced sweeping criticism from Democratic lawmakers and media figures for a front-page headline that seemed to them too favorable to President Donald Trump, CNN reported.

In a Monday address, President Trump spoke of the riots that have broken out amid protests against the death of George Floyd at the hands of the Minneapolis police. He threatened to quell the riots with military force if governors and mayors fail to take sufficient action.

The New York Times print editor Tom Jolly summarized the day’s events, including the president’s speech, with the headline: “As Chaos Spreads, Trump Vows to ‘End It Now.'”

Backlash from Democrats was not long in coming.

“This is a terrible headline. The Times is erasing … the treatment of Black Americans as the rationale for opposition. Shame on The New York Times,” the Center for American Progress president Neera Tanden wrote.

Several members of the media also joined the clamor.

“Possibly one of the worst headlines ever written, and I used to write headlines for a living. NYT editor Dean Bacquet is a disgrace to journalism and ought to be fired,” former Baltimore Sun correspondent Michael Dresser said. “Bacquet is a disgrace. He consistently panders to Trump. He didn’t write the headline but set the tone where that government organ headline could be written.”

Last year, the Times was lambasted for a similar headline, then attempting to capture the president’s remarks following the mass shootings in El Paso, Texas, and Dayton, Ohio. The headline on the front page of the newspaper’s first edition read: “Trump Urges Unity vs. Racism.” Following harsh criticism, the Times changed the headline to “Assailing Hate But Not Guns.”