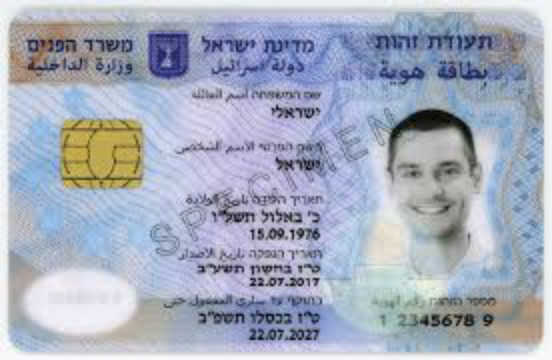 The end of the attached slip of the Israeli identity card? The Populations Registry announced that it will offer citizens to have the information of the slip transferred to a digital file. Citizens can then access or download this digital file via the government’s online services.

On the attached slip (known as the “sefach“) appear the holder’s name and birthday and that of his spouse and children, as well as his address. Citizens who request the digital file will be able to have it sent to their email or leave it on file at the government’s website, where it can be accessed after a brief identification procedure and presented to authorities that do not have access to this information.

“Until today, the attached slip was one of the most commonly requested identifying documents and therefore must be printed at the Populations Registry, and this is a waste of the citizen’s time. Our goal is to save the citizen the extra trip to the government office. This should be a harbinger for other simplification measures we are planning, from birth certificates to death certificates,” said Oren Ariav, Deputy Director General of Technology and Information at the Populations and Immigration Registry. Until now, only the adding of a child’s name or a change in a holder’s address could be done on-line.

As for why the attached slip cannot be done away with altogether and its information added to the Identity Card itself, Ariav explained that this is not possible. “Since the attached slip exists as a separate program, changing this would require government ministries and local authorities to overhaul their whole mode of operation.”