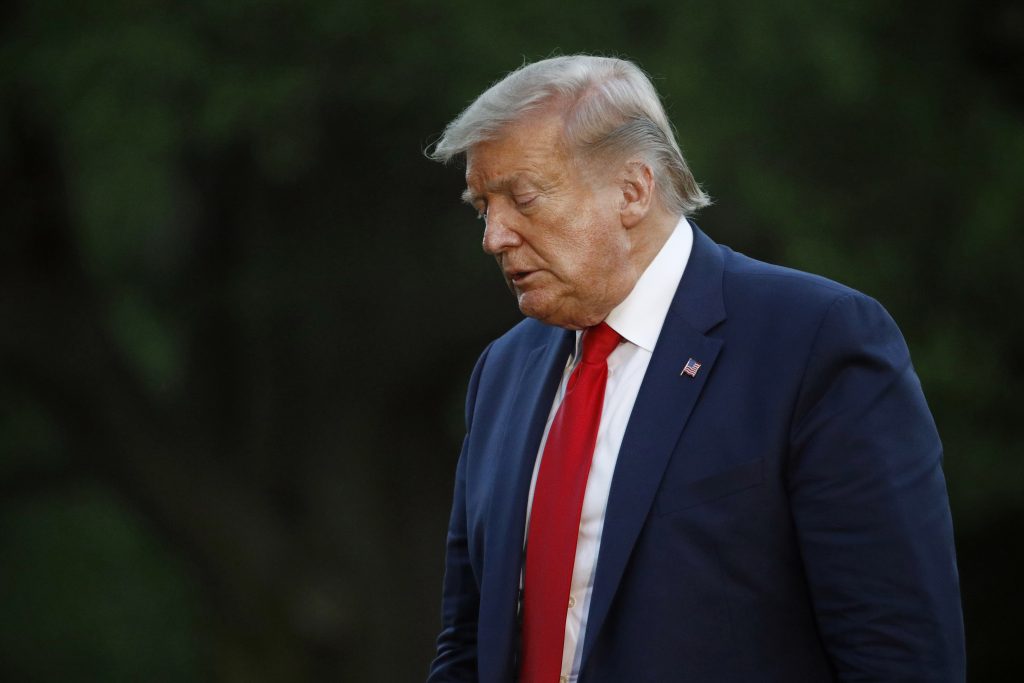 Secret Service agents rushed President Donald Trump to a White House bunker on Friday night as hundreds of protesters gathered outside the executive mansion, some of them throwing rocks and tugging at police barricades.

Trump spent nearly an hour in the bunker, which was designed for use in emergencies like terrorist attacks, according to a Republican close to the White House who was not authorized to publicly discuss private matters and spoke on the condition of anonymity. The account was confirmed by an administration official who also spoke on the condition of anonymity.

The abrupt decision by the agents underscored the rattled mood inside the White House, where the chants from protesters in Lafayette Park could be heard all weekend and Secret Service agents and law enforcement officers struggled to contain the crowds.

Friday’s protests were triggered by the death of George Floyd, a black man who died after he was pinned at the neck by a white Minneapolis police officer. The demonstrations in Washington turned violent and appeared to catch officers by surprise. They sparked one of the highest alerts on the White House complex since the Sept. 11 attacks in 2001.

“The White House does not comment on security protocols and decisions,” said White House spokesman Judd Deere. The Secret Service said it does not discuss the means and methods of its protective operations. The president’s move to the bunker was first reported by The New York Times.

The president and his family have been shaken by the size and venom of the crowds, according to the Republican. It was not immediately clear if First Lady Melania Trump and the couple’s 14-year-old son, Barron, joined the president in the bunker. Secret Service protocol would have called for all those under the agency’s protection to be in the underground shelter.

Trump has told advisers he worries about his safety, while both privately and publicly praising the work of the Secret Service.

Trump traveled to Florida on Saturday to view the first manned space launch from the U.S. in nearly a decade. He returned to a White House under virtual siege, with protesters — some violent — gathered just a few hundred yards away through much of the night.

Demonstrators returned Sunday afternoon, facing off against police at Lafayette Park into the evening.

In recent days security at the White House has been reinforced by the National Guard and additional personnel from the Secret Service and the U.S. Park Police.

On Sunday, the Justice Department deployed members of the U.S. Marshals Service and agents from the Drug Enforcement Administration to supplement National Guard troops outside the White House, according to a senior Justice Department official. The official could not discuss the matter publicly and spoke on the condition of anonymity.