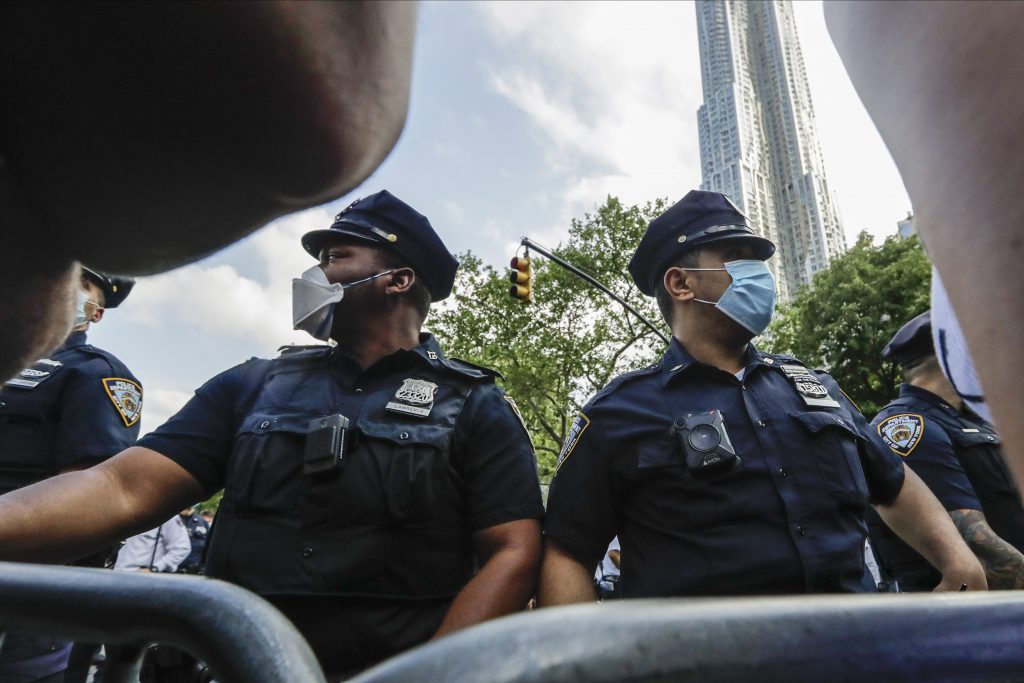 New York City imposed an 11 p.m. curfew Monday as the nation’s biggest city tried to head off another night of destruction erupting amid protests over George Floyd’s death.

With an 11 p.m. to 5 a.m. curfew, New York is joining other cities around the country in imposing such restrictions after days of violence. The limit on the movement of 8.6 million people comes after months of restrictions already imposed because of the coronavirus pandemic.

Mayor Bill de Blasio and Gov. Andrew Cuomo said the outbreaks of violence — which left stores ransacked, police vehicles burned and other destruction in spots around the city — left them no choice, even as they insisted they stood with peaceful demonstrators who have spoken out for several days against police brutality and racial injustice.

“We can’t let violence undermine the message of this moment,” de Blasio said in a written statement. Cuomo blamed “people who are looking to distract and discredit” the protests and said they couldn’t be allowed to undermine public safety.

Police Commissioner Dermot Shea said earlier Monday that he worried about whether a curfew would be heeded.

“If people think it will, they don’t understand what’s going on,” Shea said on NBC.

The announcement came as new protests got underway.

A 21-year-old man was shot in the chic SoHo neighborhood around 12:30 a.m. and was taken to a hospital, police said. They said his injuries were not life-threatening.

Sunday was the third night in a row of mainly peaceful daytime demonstrations, chaotic nights, hot spots of violence and arrests, with the mayor’s daughter among those arrested over the weekend.

Thousands of people have taken to the streets around the nation to express outrage over Floyd’s death and other killings of black people, particularly by police. Floyd, who was black, died after a white Minneapolis police officer pressed his knee on Floyd’s neck.

Cuomo said some police officers had exacerbated tensions with some “very disturbing” actions.

The head of the city’s rank-and-file police union accused the governor of misplacing blame for the chaos.

Cuomo also criticized people he characterized as exploiting the protests to get violent and ransack stores. He said the lawbreaking hurt protesters’ cause by giving critics fuel to dismiss them as criminals — and damaged the city’s effort to beat back the coronavirus and its social and economic fallout.

“It has been counterproductive for New York City in many ways,” he said.