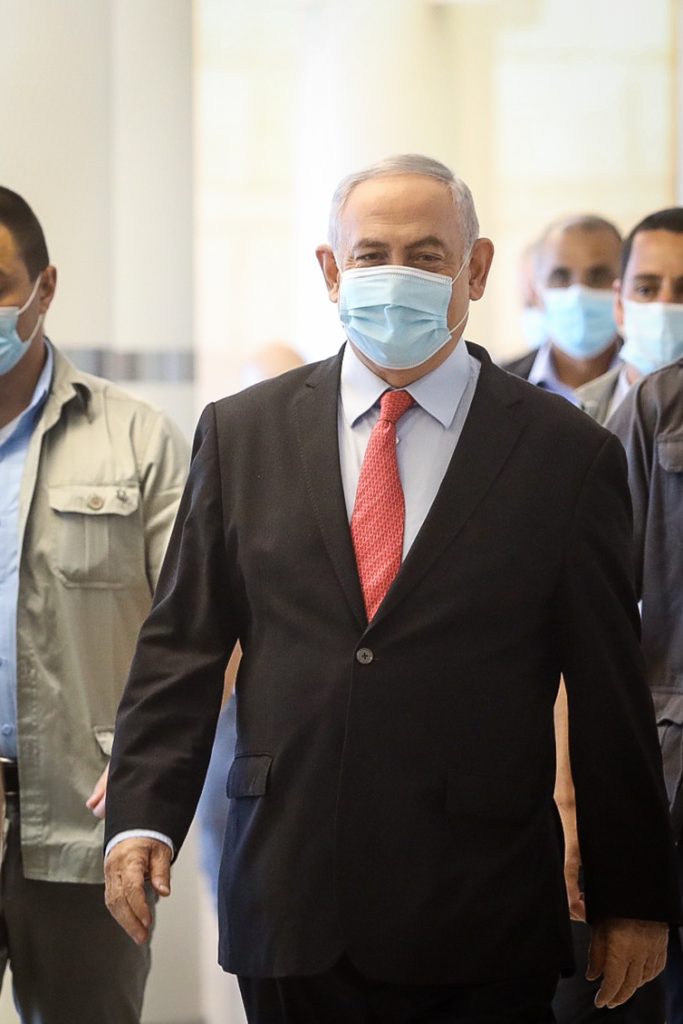 Israeli Prime Minister Binyamin Netanyahu‏‏ and Defense Minister Benny Gantz responded to critics of a proposed coronavirus law that the emergency powers it authorizes would not lead to police searches without a warrant.

Regarding a clause allowing police to enter homes arbitrarily, he said, “We won’t allow cops to break into people’s homes without a warrant.”

“We’ll find the appropriate balance between the need to enforce guidelines and the need to protect privacy rights of Israeli citizens. We are aware that the public thinks we will unravel this balance — we haven’t done that so far and will not do it,” he said at a Likud faction meeting on Monday.

Gantz gave over the same reassuring message at his Blue and White meeting: “We’ll make sure there are no draconian measures, cops won’t be able to arbitrarily do searches. The use of the directives will be timely and under appropriate parliamentary oversight,” he said, adding that “the Justice Department is currently conducting work to regulate the government’s emergency coronavirus operations as required by the Judiciary.”

“I hear there are anxieties among the public about going into dark areas; we won’t allow violation of individual rights. A law that doesn’t adhere to the principles I outlined will not advance. It won’t arise ever. We are continuing to work on the outline and are currently improving it with the professionals led by the Justice Minister, and the updated version will be released to the public soon, which fits the reality and guards the public,” Gantz promised, according to Arutz Sheva.

According to a draft memorandum of the bill, the government would be granted special powers to deal with the coronavirus for 45 days, with the Knesset able to extend the emergency period every 30 days for a maximum 10 months, The Times of Israel said.

The text also would enable the government to decide upon new measures without Knesset approval. The prime minister would be tasked with overseeing implementation of the law.

“This is an opportunity to dispel an urban myth that I or someone else intends to implant a subcutaneous chip for children,” Netanyahu said. “Conspiracy theories sometimes come from delusional places but I don’t remember anything like that. We talked about a toy for children, a voluntary bracelet or ring, something small like that. They have not developed it yet and I don’t know if they will develop it. Certainly there will be no sensor planting in anyone. You can relax.”