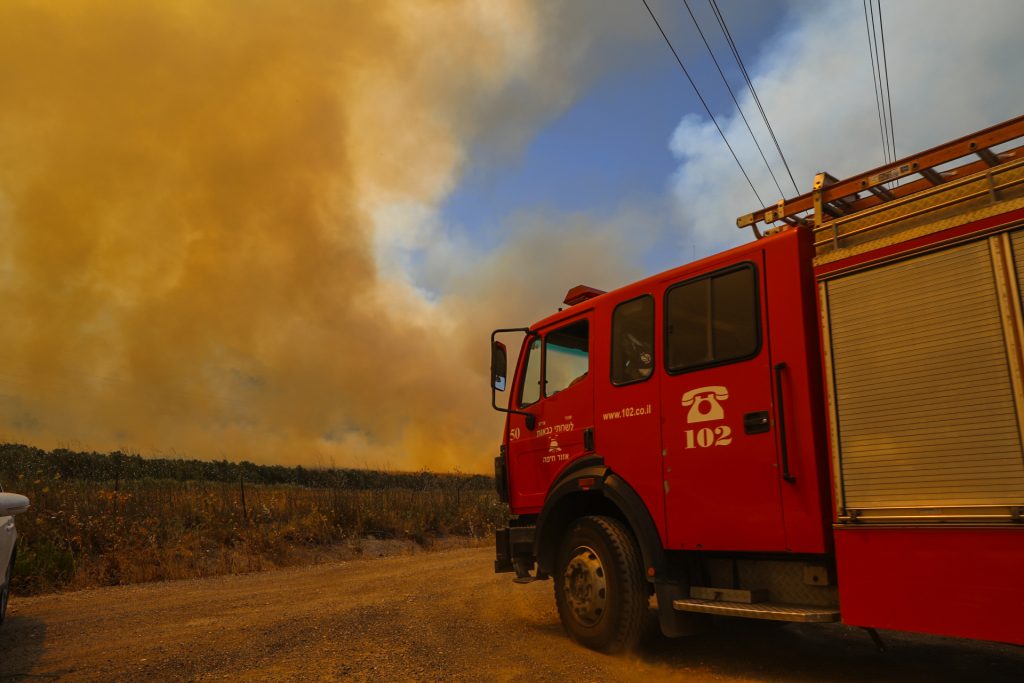 A large brushfire in the Carmel region south of Haifa forced the evacuation of an industrial zone and closure of several roads before it was brought under control on Monday evening.

Four firefighting planes working along with ground crews took hours to contain the blaze in the vicinity of Yokne’am and Kiryat Tivon.

Of particular concern was the PRMS natural gas refinery which services gas arriving from the Leviathan rig off the northern coast.

The Energy Ministry said in a statement that the natural gas supply will continue as normal. “Israel Natural Gas Lines personnel are tracking the fire, with no immediate danger to the facility currently present,” said the ministry.

A number of roads and railway tracks in the area were temporarily closed off due to the fire and dense smoke, including the Route 6 highway, before being re-opened. Police advised drivers to avoid the area and use alternative routes.

An estimated 1,500 acres were damaged by the fire.