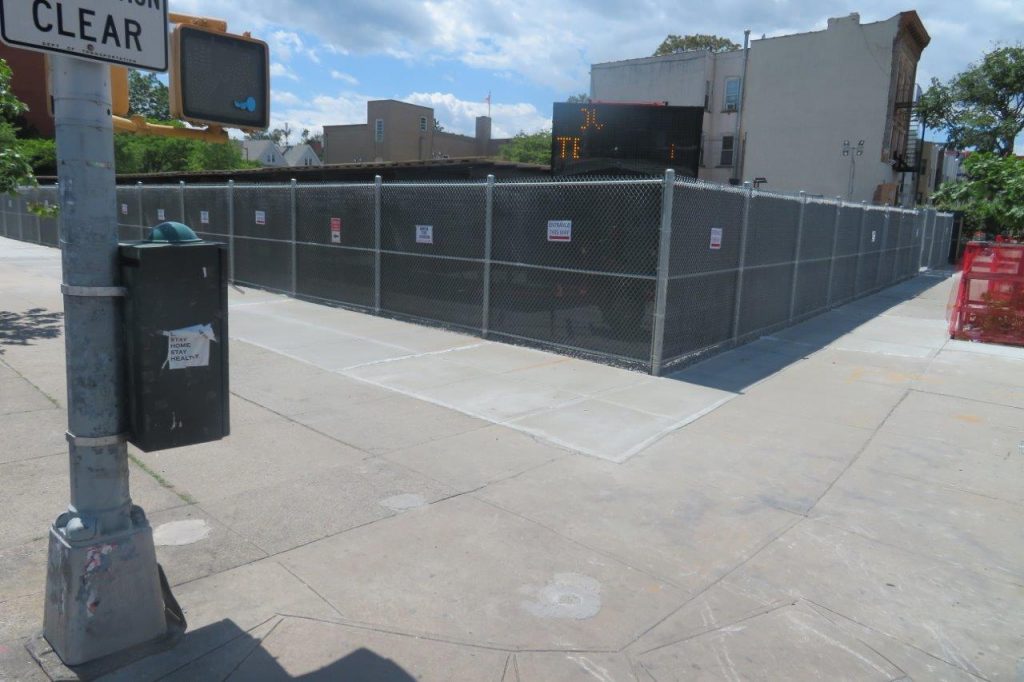 A large-scale testing center is currently being fabricated along Fort Hamilton Parkway between 40th and 41st Street. The center, which will be housed in temporary structures now being installed, will be used to test local residents starting June 8.

The site, which has been empty for a while, has been outfitted with temporary buildings, and the sidewalks leading up to the new center have been totally redone. This facility, which is under the auspices of New York City, will offer a state-of-the-art testing center as per the proposals of the city and state government.

This new center is one of an additional 16 community testing sites which will open through a partnership with AdvantageCare Physicians which will be rolled out beginning June 1st. Appointments are encouraged, and those who are interested should call 866-749-2660 to arrange for their test.

New sites will be located across the five boroughs, with 3 sites in Brooklyn, 45 in Queens, 5 in the Bronx, and 1 on Staten Island.