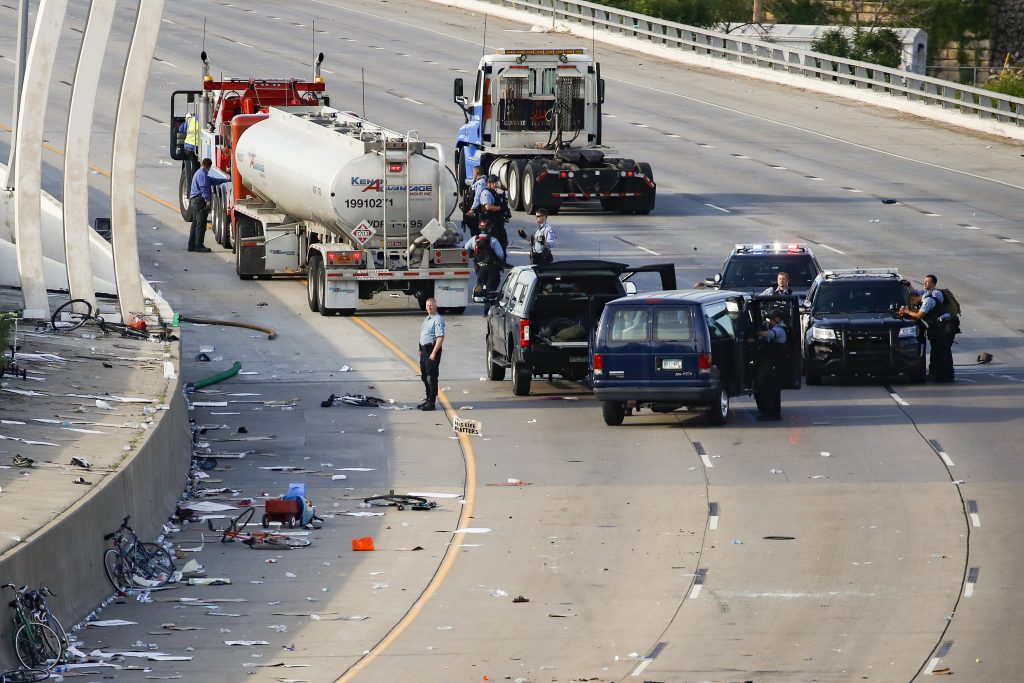 Officials in Minnesota say no protesters appear to have been hit after a semitrailer drove into a crowd demonstrating on a freeway near downtown Minneapolis.

The Minnesota State Patrol says in a tweet that the action appeared deliberate. The patrol says the driver was injured and taken to a hospital with non-life-threatening injuries.

It wasn’t clear how the driver was hurt. TV footage showed protesters swarming the truck, and then law enforcement quickly moving in.

Other TV footage showed the tanker truck moving rapidly onto the bridge and protesters appearing to part ahead of it.

The protesters were demonstrating against the death of George Floyd.