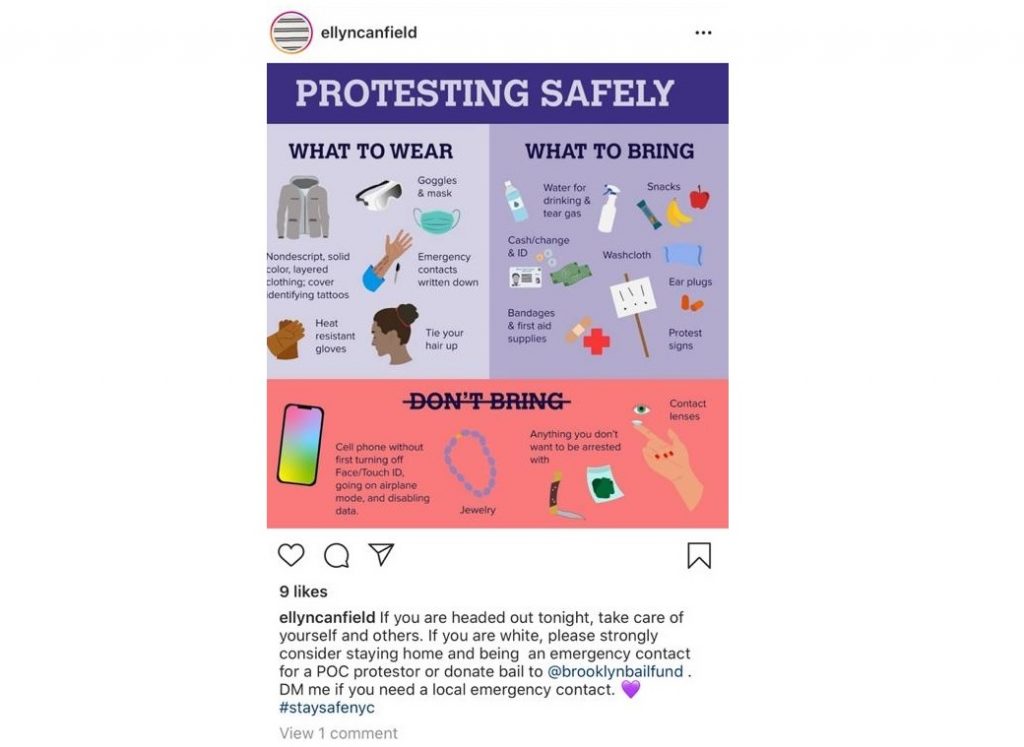 As violent demonstration erupted around the nation to protest the death of George Floyd at the hands of a white police officer, New York City has seen its own share of violence. Crowds gathered in Downtown Brooklyn and elsewhere to voice their opposition to police brutality in the Floyd death, and it soon turned violent.

When commenting on the protests in New York City, Mayor de Blasio, in an interview on May 29 on WNYC radio with Brian Lehrer, said, “Look, I understand the anger of the protesters, and there is literally no place on earth that respects the right to protest more than NYC, and I’ve been at a lot of protests in my life. And I really believe the NYPD knows how to handle protests and respect them, whoever is protesting.

“I want to see a light touch because people are undeniably angry for a reason,” he said.

“I just want to say, anyone who wants to protest, we’re going to protect your right to protest. But please also respect that the cop in front of you did not create this problem, and we have to fix this problem on a much more fundamental level.”

The attitude of Mayor de Blasio encouraging protests for issues he agrees with seems to permeate throughout his administration. Ellyn Canfield, Executive Director at NYC Mayor’s Office of Citywide Event Coordination and Management at NYC Office of the Mayor, posted on her social media advice how to attend these protests, including what to wear in light that you may get arrested or sprayed with tear gas, and what not to bring. In addition, she noted that it may be better for white people not to attend the rally and act as an emergency contact for a “person of color,” and encouraged donations to the Brooklyn Bail Fund. Ms. Canfield suggested that people “direct message” her for help. There was no mention of keeping social distancing guidelines.

Hamodia reached out to the press office of the mayor, who responded via email, “Staff are allowed to express their views on their personal, social media accounts. As Ellyn clearly states in her bio, these opinions are her own.”

NYC Healthy, the twitter account for the NYC Health Dept, also tweeted advice for the protestors, including to wear a face covering, eye protection to prevent injury, use hand sanitizer, stick to small groups and “keep 6 feet from other groups.” They also advised to use signs and noise makers instead of yelling.

In response to an inquiry by Hamodia, a Health Department official said that health is their top priority, and with more testing capacity now available, they are inviting any person who has been out in the protests over the past few days to come get tested at one of the more than 150 locations across the city.

Late Sunday afternoon, a City Hall spokesperson told Hamodia that the Mayor still believes that during this pandemic, the best way for New Yorkers to protest is from the safety of their homes. But, the NYPD will use their enforcement discretion in each situation to ensure New Yorker’s health and safety. The spokesperson also noted that it was the governor’s executive order that bans any gatherings of over 10 people, but said, “Each situation is unique and will be enforced accordingly.”

While de Blasio stated that NYC will protect the rights of these protesters, he sang a different tune when nine protesters gathered outside City Hall in early May to push for the state to reopen and were arrested for ignoring social distancing guidelines.

At a press briefing at the time, the mayor said, “We’re not allowing any kind of gathering, period.

“I don’t care if it’s 20 people or a hundred people or a thousand people, it’s not going to be allowed. So the point is, if you gather, NYPD is coming there to give you a summons and if you resist, to arrest you, period, across all communities.”

On Friday, Mayor de Blasio tweeted about the current situation, “To everyone protesting and expressing that anger and pain, please remember how important it is to protest peacefully. Please remember that we’re in the middle of a pandemic. We have to do all we can to protect each other. Everyone out there has a responsibility.”