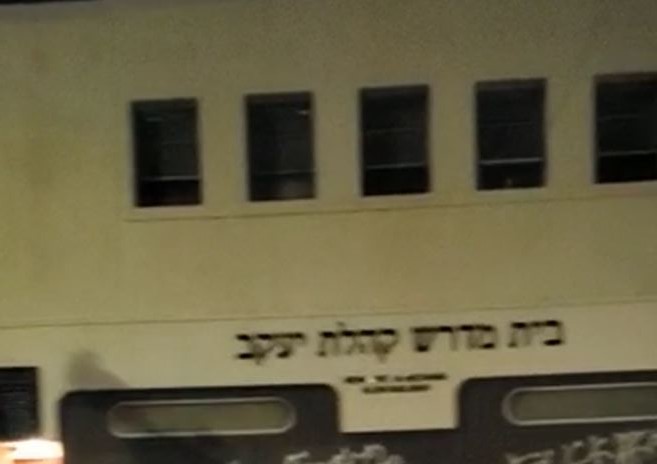 A fourth day of violence in Los Angeles prompted the mayor to impose a rare citywide curfew and call in the National Guard after demonstrators clashed repeatedly with officers, torched police vehicles and pillaged businesses in a popular shopping district.

Mayor Eric Garcetti said Saturday he asked Gov. Gavin Newsom for 500 to 700 members of the Guard to assist the 10,000 Los Angeles Police Department officers. The Guard members were expected to arrive early Sunday.

Garcetti said the soldiers would be deployed “to support our local response to maintain peace and safety on the streets of our city.”

Firefighters responded to dozens of fires, and scores of businesses were damaged. One of the hardest-hit areas was the area around the Grove, a popular high-end outdoor mall west of downtown where hundreds of protesters swarmed the area, showering police with rocks and other objects and vandalizing shops. One officer suffered a fractured skull, Los Angeles Police Chief Michel Moore said.

When the curfew took effect at 8 p.m., police moved aggressively to get people off the streets and there was no repeat of the late-night rampage that occurred downtown Friday night and led to more than 500 arrests.

Community leaders denounced the violence that has accompanied protests over the death of George Floyd, a handcuffed black man who died after a white Minneapolis police officer pressed his knee to Floyd’s neck.

Numerous shuls in Los Angeles were vandalized with anti-Semitic graffiti over Shabbos.

Congregation Beth Israel, one of the oldest synagogues in Los Angeles, in the Fairfax District was defaced, as was the Kehilas Yaakov shul.

Many Jewish stores were looted.

There were protests in cities throughout California, from San Diego to San Francisco.

San Francisco Mayor London Breed said a citywide curfew would go into effect from 8 p.m. Sunday to 5 a.m. Monday. She also asked the governor to put the National Guard on standby.

San Francisco Police Chief Bill Scott said he understood why protesters are angry at police. But he warned that if anyone assaulted officers, “we will not tolerate that.”

In nearby Oakland, which was racked by violence Friday night that left 13 officers injured, authorities declared an unlawful demonstration near City Hall late Saturday. Protesters lit a dumpster on fire in the middle of an intersection and police launched tear gas into a crowd.

In Emeryville, just east of San Francisco, Mayor Christian Patz said Target, Best Buy and other box stores were burglarized, with thieves stealing electronics and other items. Stores in the city closed early Saturday as part of a shelter-in-place order following violent protests in nearby Oakland the night before.

“It’s an explosion of the frustration of the people in the community,” Patz said, “If we’re going to ask people to stay within the bounds of the law, we’re going to have to show that the law applies to everyone.”

In Santa Ana, south of Los Angeles, hundreds of demonstrators converged on the police station, throwing objects and setting off firecrackers as police used tear gas to push them back.

The scale of the destruction in Los Angeles was being compared to the 1992 riots, when there was more than $1 billion in property damage. There was no estimate of how many businesses suffered damage since protests began Wednesday, but it was clearly extensive.

Saturday’s clashes occurred in and near the Fairfax District, where the historic center of LA’s Jewish community mixes with upscale shopping, restaurants and entertainment industry sites that draw locals and tourists from around the world.

Through the day, crowds of demonstrators faced off with lines of police officers, or broke into businesses and stole merchandise. Patrol cars were battered and set ablaze, and several businesses burned into the night. The huge crowds gradually dissipated, but officers still pursued scattered groups and individuals.

On Friday night, protesters roamed through the downtown late at night, smashing windows and robbing jewelry and other stores. On Saturday, a mostly peaceful demonstration early in the day devolved in the afternoon when protesters set several police department cars on fire, broke store windows and climbed on top of a bus. Police used batons to move protesters back and shot rubber bullets to scatter the crowd.

“We cannot allow this city to spiral into anarchy,” Moore told ABC7 at the scene of one clash.

Garcetti initially imposed a curfew on the downtown area. But he quickly expanded it to the entire city as the violence focused on an area about 6 miles to the west.

Adjacent Beverly Hills and West Hollywood followed as demonstrations spread into those cities. Other cities in the county also began imposing curfews.

Social media video posts showed marchers chanting “Eat the rich” in Beverly Hills, where a crowd broke into a high-end boutique and fled with merchandise.

The governor said earlier that authorities were closely monitoring organizing by violent extremist groups who may be trying to use the protests for their own agendas.

“To those who seek to exploit Californians’ pain to sow chaos and destruction, you are not welcome,” he said. “Our state and nation must build from this moment united and more resolved than ever to address racism and its root causes.”

In Oakland, a federal contract security officer was killed and another critically injured Friday night when a vehicle pulled up to the Ronald V. Dellums Federal Building and someone opened fire. The officers guard the U.S. courthouse as part of their regular duties and were monitoring the protest, Department of Homeland Security officials said.

It wasn’t immediately known whether the shooter had anything to do with the protest.

“This is not who we are,” Mayor Libby Schaaf said in a videotaped statement Saturday. “We must fight the travesty of racism, but we must do it in a way that works. Let’s not destroy or harm our own community.”

The death of the 46-year-old Floyd, who was recorded on video pleading for air, has shocked the country and produced violence in numerous cities. Police chiefs and police unions have called it unjustifiable and excessive force. The officer has been charged with murder