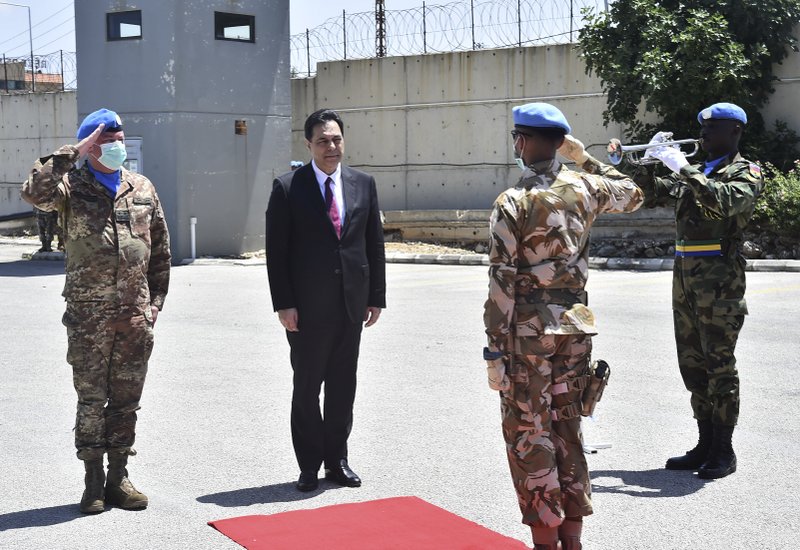 Lebanon’s government has agreed to extend the mandate of the U.N. peacekeeping mission in southern Lebanon along the border with Israel for another year, the country’s information minister said.

The extension of the peacekeeping force, known as UNIFIL, comes as Israel is calling for major changes in the way the mission operates on the ground in southern Lebanon. Israel is demanding that it have access to all sites and freedom of movement and that it report back to the U.N. Security Council if it is being blocked.

The decision to extend the term of UNIFIL, announced on Friday, also comes amid rising tensions along the Lebanon-Israel border in recent weeks.

Earlier Friday, Israeli troops opened fire toward a shepherd on the edge of Chebaa Farms, Lebanon’s state-run National News Agency reported, adding that the man was not hurt. Earlier this month, Israeli troops shot and wounded a shepherd in a nearby area, saying he crossed the border.

Lebanese Information Minister Manal Abdul-Samad told reporters after a Cabinet meeting that the government has agreed to extend the term of the U.N. force until Aug. 31, 2021.

The announcement came two days after Prime Minister Hassan Diab visited UNIFIL’s headquarters where he described the presence of the force in the volatile area as a necessity.

The government’s decision comes amid the backdrop of a war of words between Israeli and Lebanese officials, including Lebanon’s Hezbollah terrorist group, over the mandate of UNIFIL. The force has been deployed in southern Lebanon since an Israeli invasion in 1978.

The quibble over the UNIFIL mandate comes up every year before the mandate is typically renewed in the summer.