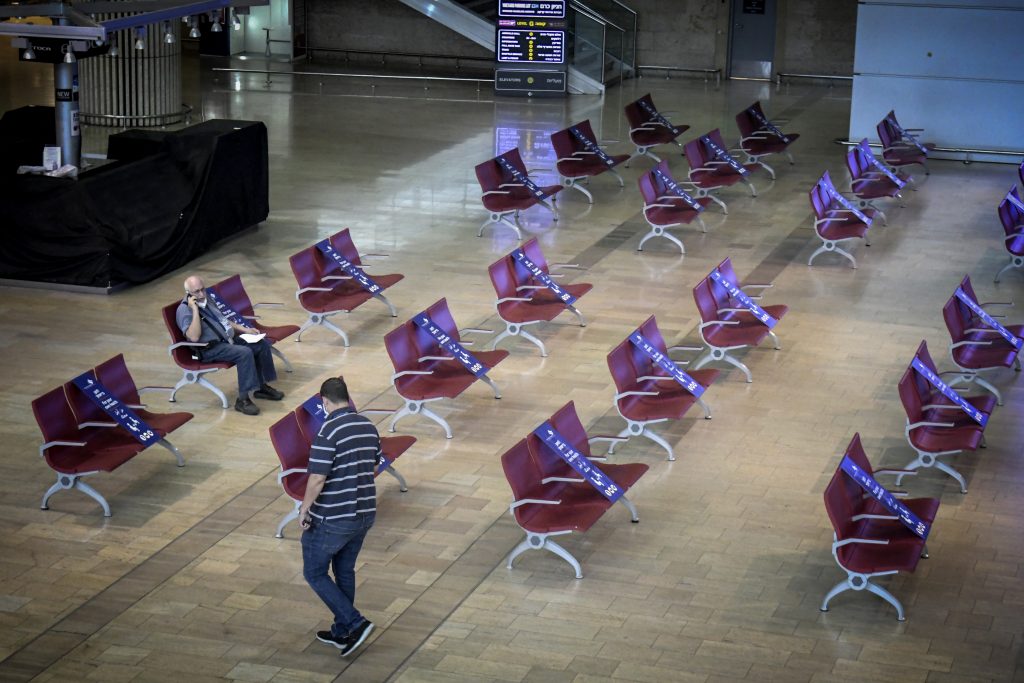 After the Health Ministry announced earlier this month that Israel’s borders will remain closed to non-Israeli passport holders until June 15, while Israelis returning from abroad will continue to go into fourteen days of self-quarantine, Health Ministry Associate Director General Prof. Itamar Grotto said Sunday that Ben Gurion airport won’t be reopening at all in June to foreign passport holders.

“We are still in the stage of preparing to reopen Ben Gurion airport. We didn’t plan to reopen at the beginning of June and we have more preparations with “green countries” and a full opening is not on the agenda for June. There will be flights but those arriving will be forced to go into self-isolation.”

In the first stage, Israel will only allow in passport holders from “green countries” with low COVID-19 morbidity rates like Cyprus, Greece, Austria, Denmark, Australia and New Zealand – if agreements can be reached with them. Citizens from “red countries” with higher morbidity will still be barred.

Meanwhile, the head of the Airports Authority has asked the Health Ministry Director General Moshe Bar Siman Tov to allow the immediate resumption of flights.

According to Channel 12, Yaakov Ganot wrote in a letter that a framework should be drawn up to allow travel between Israel and “green countries.”

The letter notes that Israel’s geographical location as well as its neighboring countries mean that international travel is of utmost importance for the tourism industry.

“Failure to make a decision makes it clear — the elimination of the airline and tourism industry for the summer season, and potentially irreversible damage,” Ganot wrote.

Epidemiological research conducted in Israel has shown that a majority of cases in Israel – close to 70% – resulted from incoming passengers arriving from the United States.