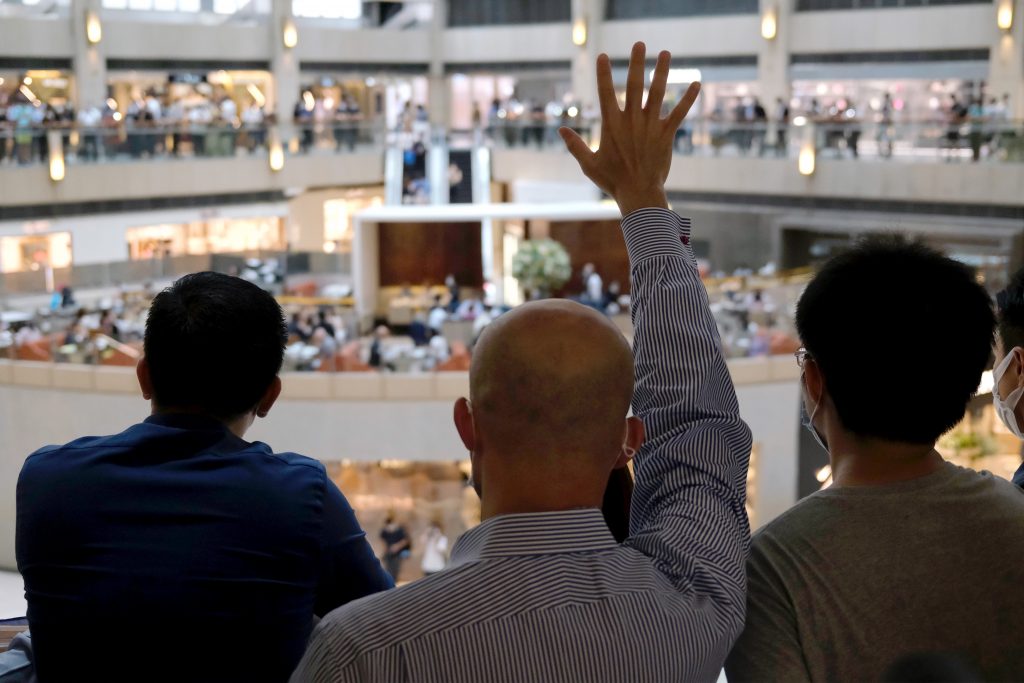 “China has already prepared for the worst. No matter how far the U.S. goes, China will keep its company. If Trump’s plan continues, Washington will soon run counter to the interests of most Hong Kong people,” the state-run Global Times tabloid wrote.

“The extreme tactics of a superpower like the U.S. are nothing less than chronic suicide.”

A Hong Kong government spokesman expressed regret the United States continued to “smear and demonize the legitimate rights and duty of our sovereign” to safeguard national security.

In a sign of diplomatic maneuvering, the U.S. government said it would put one of its prime Hong Kong properties up for sale – a luxury residential complex worth up to HK$5 billion ($645.09 million).

China and Hong Kong officials have justified the laws that will be directly imposed by China to restore order to a city that has been wracked by sometimes violent anti-China, anti-government protests over the past year.

Protesters, however, have said they are railing against China’s deep encroachment on Hong Kong’s autonomy and freedoms despite Beijing’s promise to grant the city a high degree of autonomy under a so-called “one-country, two systems” formula since it reverted from British to Chinese rule in 1997.

They have said more protests are planned in the coming weeks.

Countries including the United States, Canada and Britain have expressed deep concerns about the law, with Britain saying it may grant expanded visa rights to large numbers of Hong Kongers.

Details of the laws remain unclear, even to Hong Kong officials, but are expected to be enacted by China’s parliament this summer. The laws will outlaw secession, subversion, terrorism and foreign interference in Hong Kong, and will be imposed without any local legislative scrutiny.

Authorities in Beijing and Hong Kong insist the legislation will target only a small number of “troublemakers” who threaten China’s national security. ($1 = 7.7509 Hong Kong dollars)