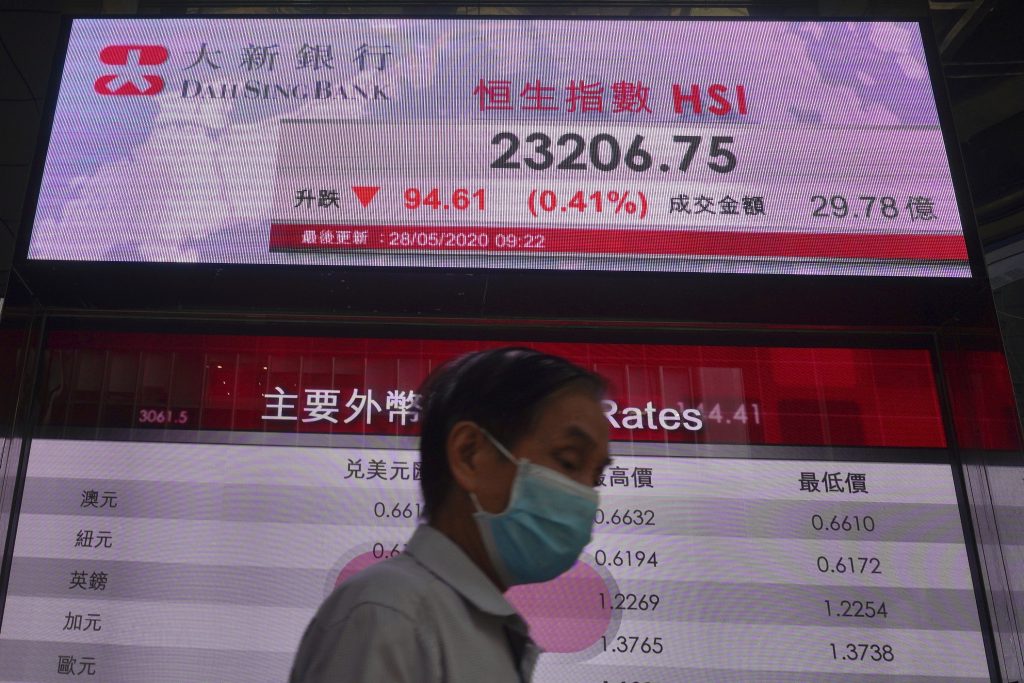 Stocks are pushing higher in midday trading on Wall Street Thursday, extending this week’s rally built on hopes for a coming economic revival.

The S&P 500 was up 0.7% as of noon Eastern time, on track for its fourth straight gain. That would be its longest winning streak since early February, before the market began to sell off on worries about the severe recession caused by the coronavirus pandemic.

Gains for health care stocks were one of the biggest factors nudging the market to its highest level since early March, and the S&P 500 has trimmed its loss to roughly 10% from its record high set in February. Johnson & Johnson was up 1.2%, Merck rose 2.2% and Eli Lilly added 3.1%.

Dollar Tree jumped 12% for the biggest gain in the S&P 500 after the retailer reported stronger revenue and earnings for its latest quarter than Wall Street expected. In an encouraging sign, executives also said recent trends have been improving for purchases of discretionary items, such as kitchenware and toys, instead of just essentials for hunkering down.

They helped offset losses for banks and energy stocks. Twitter also was down 2.6% as President Donald Trump prepared to sign an executive order aimed at curbing liability protections for social media companies. Trump has been railing against Twitter after it applied fact checks to two of his tweets.

Thursday’s gains have the S&P 500 on pace for its third weekly rise of at least 3% in the last four weeks. Following their breathtaking drop of nearly 34% in February and much of March, stocks began climbing after the Federal Reserve and Capitol Hill pledged unprecedented amounts of aid for the economy.

More recently, the market has pushed higher as investors move into stocks that would benefit most from a reopening economy. Governments around the country and world are slowly lifting restrictions meant to slow the spread of the coronavirus pandemic, which has investors hoping the worst of the recession has already passed or will soon.

Longer-term Treasury yields rose Thursday after a government report showed that the number of workers filing for unemployment benefits dipped for the eighth straight week, though the number remains incredibly high.

Perhaps more importantly, the number of continuing claims for unemployment fell to 21.1 million from 24.9 million. It’s the first decline since the number of layoffs exploded in March. If it continues, economists said it could be a sign that more people are going back to work as states begin their reopenings.

The yield on the 10-year Treasury rose to 0.70% from 0.67% late Wednesday. It tends to move with optimism about the economy’s strength and inflation.

Asian markets were mixed as tensions continue to heighten between the United States and China. The latest flashpoint between them stems from Beijing exerting more control over Hong Kong, and investors are worried about the risk that trade tensions between the world’s largest economies could reignite.