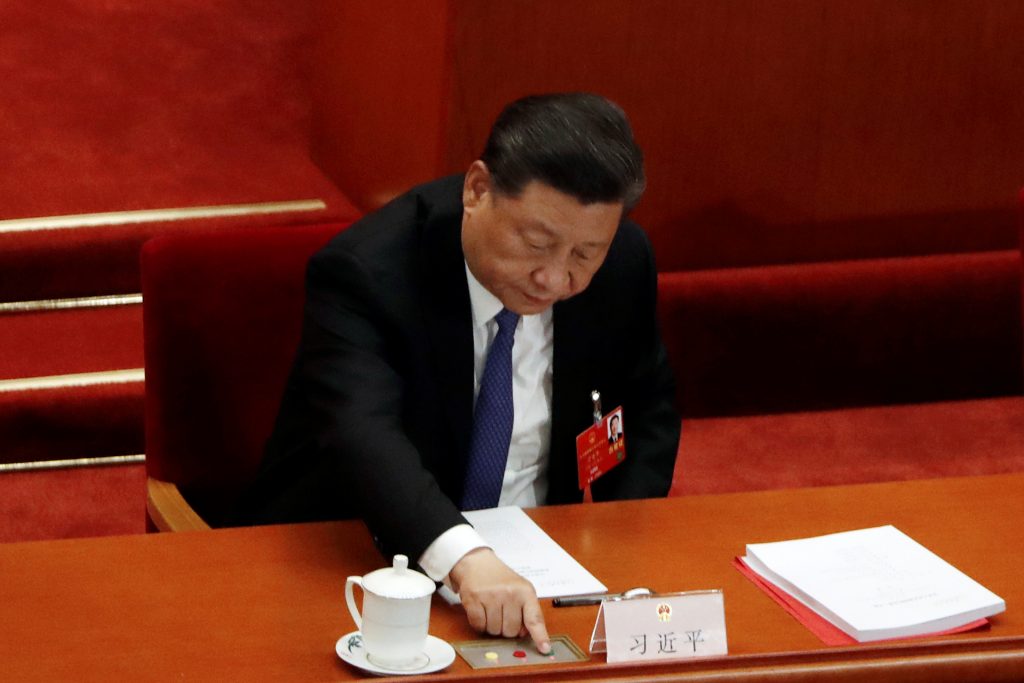 China’s Parliament, the National People’s Congress, approved a decision on Thursday to go forward with national security legislation for Hong Kong that democracy activists in the city and Western countries fear could undermine its autonomy.

China says the legislation will be aimed at tackling secession, subversion, terrorism and foreign interference in the city but the plan, unveiled in Beijing last week, triggered the first big protests in Hong Kong for months.

Riot police were out in force in Hong Kong as its legislators debated another piece of legislation, a bill that would criminalize disrespect of China’s national anthem, while the United States piled on pressure aimed at preserving the city’s freedoms.

Dozens of protesters gathered in a shopping mall to chant slogans but there was no repeat of disturbances the previous day when police made 360 arrests as thousands took to the streets in anger over the anthem bill and national security legislation proposed by China.

Last year, the city was rocked for months by often violent pro-democracy demonstrations over an unsuccessful bid to introduce an extradition law to China.

The anthem bill is the latest issue to fuel fears in Hong Kong that Beijing is imposing its authority and eroding the high degree of autonomy the former British colony has enjoyed under a “one country, two systems” formula since it returned to Chinese rule in 1997.

But of greater concern in Hong Kong is the Chinese government’s national security law for the city, which is expected to be enacted before September.

Lawmakers gathered in the Great Hall of the People to the west of Beijing’s Tiananmen Square burst into prolonged applause when the vote tally showed 2,878 to 1 in favor of the decision to move forward with the law, with six abstentions.

Details of the law are expected to be drawn up in coming weeks and Chinese authorities and the Beijing-backed government in Hong Kong say there is no threat to the city’s autonomy and the new security law would be tightly focused.

The United States, Britain and the European Union have expressed concern about it, and its implications for China’s freest city and one of the world’s financial hubs.

The Hong Kong security law will alter the territory’s mini-constitution, or Basic Law, to require its government to enforce measures to be decided later by Chinese leaders.

The measure and the way it is being enacted prompted Washington to announce it no longer will treat Hong Kong as being autonomous from Beijing.

Activists in Hong Kong have complained the law will undermine civil liberties and might be used to suppress political activity.

The legislature also approved a government budget that will increase spending to generate jobs in an effort to reverse an economic slump after Chinese industries were shut down to fight the coronavirus pandemic.