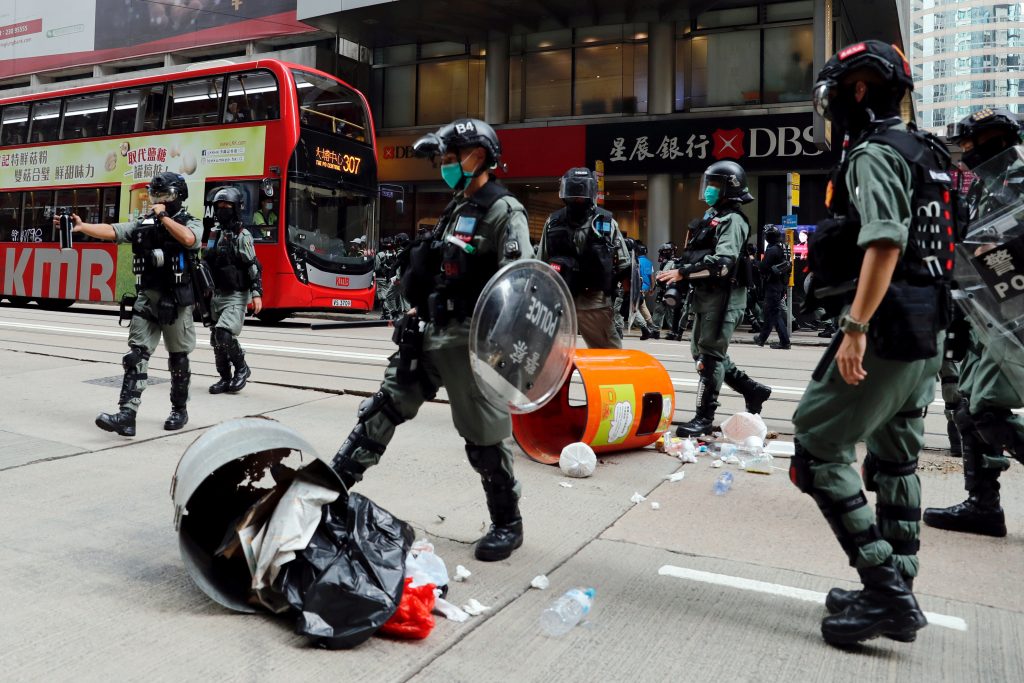 Secretary of State of Mike Pompeo has notified Congress that the Trump administration no longer regards Hong Kong as autonomous from mainland China, setting the stage for U.S. to withdraw the former British colony’s preferential trade and financial status it has enjoyed since it reverted to Chinese rule 23 years ago.

“Hong Kong does not continue to warrant treatment under United States laws in the same manner as U.S. laws were applied to Hong Kong before July 1997,” Pompeo said in a statement Wednesday.

The notice brings the future of Hong Kong squarely into the administration’s numerous battles with China that have put the world’s two largest economies at odds.

Relations have worsened over U.S. allegations that Chinese authorities sought to cover up the coronavirus pandemic and pressured the World Health Organization from taking early action to combat it. That has added to long-standing tensions over trade, human rights, religious freedom and the status of Taiwan.

Pompeo’s certification to Congress that Hong Kong is no longer autonomous was not accompanied by a revocation of any specific privileges. But it comes at amid calls for the U.S. and others to react against Beijing’s move to impose Chinese national security laws over the territory.

Senior administration officials, including Pompeo, national security adviser Robert O’Brien and White House economic adviser Kevin Hassett have in recent days warned that China risks losing Hong Kong as an Asian financial hub if it went ahead with such moves. Those officials have not elaborated on what the U.S. would do.

“Beijing’s disastrous decision is only the latest in a series of actions that fundamentally undermine Hong Kong’s autonomy and freedoms and China’s own promises to the Hong Kong people,” Pompeo said. He said “no reasonable person can assert today that Hong Kong maintains a high degree of autonomy from China, given facts on the ground.”

China has reacted angrily to any suggestion that it be punished for what it considers to be a strictly domestic matter. Asked about possible U.S. retaliation over the security legislation, Chinese foreign ministry spokesperson Zhao Lijian said in Beijing on Wednesday that China would take necessary steps to fight back against what he called “erroneous foreign interference in Hong Kong’s affairs.”

Pompeo’s certification to Congress was required by the Hong Kong Human Rights and Democracy Act, which passed overwhelmingly with bipartisan support last year. The law requires the U.S. to impose sanctions against officials held responsible human rights abuses in Hong Kong as well as determine whether the city continues to warrant special status.

Under the terms of a China-Britain agreement, Hong Kong was to have enjoyed significant autonomy from the communist government in Beijing for 50 years starting in 1997. That autonomy was to have included protections for free speech and self-rule under what China has termed a “one country, two systems” policy.

Last week, however, after years of mounting protests against encroachments into Hong Kong’s autonomy, China’s ceremonial parliament moved to enact a national security law for Hong Kong aimed at forbidding secessionist and subversive activity, as well as foreign interference and terrorism.

Mass protests in 2014 followed the Chinese government’s decision to allow direct election of the city leader only after it screened candidates. In the end, the plan for direct elections was dropped.

Legislation proposed in Hong Kong last year that would have allowed Hong Kong residents to be sent to mainland China for trials set off months of demonstrations that at times involved clashes between protesters and police. The legislation was withdrawn.